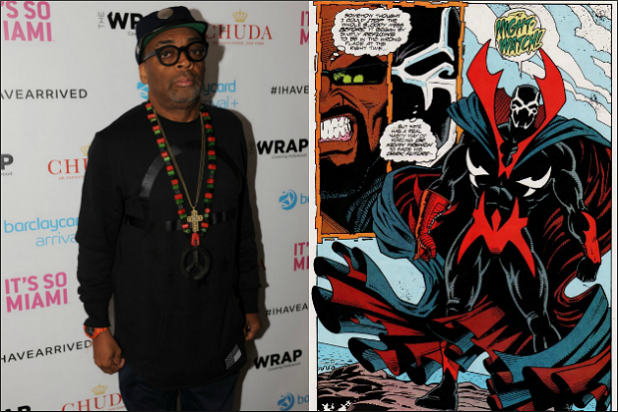 “Nightwatch” would be a part of Sony’s “Spider-Man” universe along with other Marvel Comics properties such as “Venom,” “Silver and Black,” and “Morbius the Living Vampire.”

Insiders caution that Spike Lee’s potential involvement is in the very early stages, but that he could potentially direct the superhero film written by “Luke Cage” showrunner Cheo Hodari Coker.

The kicker is that Trench unmasked the corpse to learn that it was an older version of himself. The character was first introduced in 1993’s “Web of Spider-Man No. 97,” and even has his own short lived, self-titled series.

Sony Executive Vice President Palak Patel is supervising the “Nightwatch” development along with the rest of the “Spider-Man” universe properties.