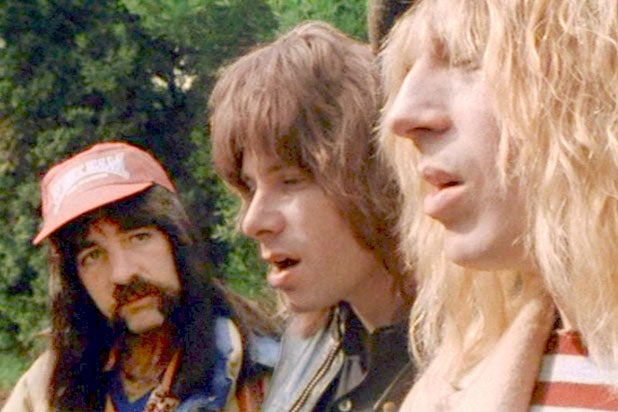 The 1984 film “This Is Spinal Tap” might be a beloved cult classic, but it was far from a blockbuster. At least that’s the assertion in a new filing relating to the $400 million lawsuit revolving around the movie.

In papers filed Tuesday, Vivendi and Studiocanal say that “Spinal Tap” stars Harry Shearer, Christopher Guest, Michael McKean and Rob Reiner should be dropped from the suit, because they lack the standing to file a claim.

While expressing “genuine admiration for the talents” of Shearer, et al, Tuesday’s motion to dismiss claims that they don’t “have any right to file this lawsuit, nor any basis to hurl its irresponsible and untrue accusations against defendants.”

“Had plaintiffs investigated their lawsuit before filing it … they would have learned that they have no basis on which to assert any claims concerning the calculation and payment of the ‘Spinal Tap’ participation,” Tuesday’s motion reads.

The motion also says that Shearer and his colleagues waived their right to sue, and that only STP has the right to sue.

As for the $400 million payday that the suit is seeking, Tuesday’s motion offers a “reality check” for Shearer and crew.

Vivendi and the other defendants “have not received anything close to the $400 million in contingent compensation that their complaint absurdly claims they should have received,” the motion reads.

“As a reality check on this lawsuit, even though  ‘Spinal Tap’ has garnered affection in the United States, it has generated U.S. theatrical revenue of under $5 million,” the motion states. “Revenue from other sources and territories has been similarly modest.”

Shearer, who played Spinal Tap bassist Derek Smalls in the 1984 mockumentary, initially filed his lawsuit in October, asking for at least $125 million. Shearer claims that Vivendi, which eventually ended up with rights relating to the film, has engaged in “anti-competitive and unfair business practices,” and “willfully concealed and manipulated years of accountings to retain monies due and owing to plaintiff.”

Earlier this month, Guest, Rob Reiner and Michael McKean came aboard the suit, bringing the alleged damages up to “not less than $400 million.”

February’s amended complaint claimed that, “according to Vivendi, the four creators’ share of total worldwide merchandising income between 1984 and 2013 was $81.” Yes, just $81. Between 1989 and 2006 total income from music sales was just $98, the plaintiff also claimed. “Over the past three years, Vivendi has failed to provide accounting statements at all,” the complaint read.