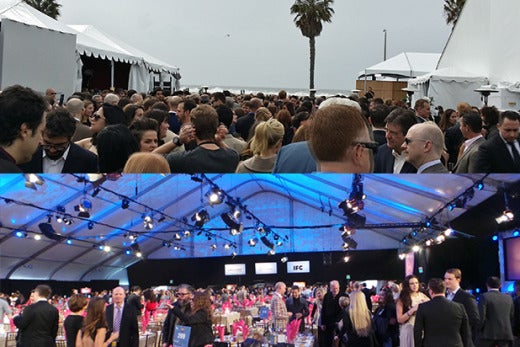 The Film Independent Spirit Awards will be broadcast live next February, a significant change for a show that has traditionally been shown in a delayed, edited version several hours after it takes place.

Film Independent, the nonprofit organization that stages the Spirit Awards, announced on Thursday that IFC will broadcast the 30th annual awards live on Feb. 21, 2015 at 2 p.m. PT/5 p.m. ET.

Joel Gallen will executive produce the show, which will take place at the Spirit Awards’ usual location, a tent on the beach in Santa Monica.

Normally, the awards take place in the afternoon but air in the evening, with the show being edited down and some awards omitted before airing.

“We wanted to shake things up to mark the 30th anniversary,” Film Independent President Josh Welsh said in a press release announcing the airing, “and I think by broadcasting live from the beach we’ll do just that.”

Spirit Award nominations will be announced on Nov. 25. The other major award for independent film, the Gotham Awards, announced its nominees on Thursday, with “Boyhood” leading the way.