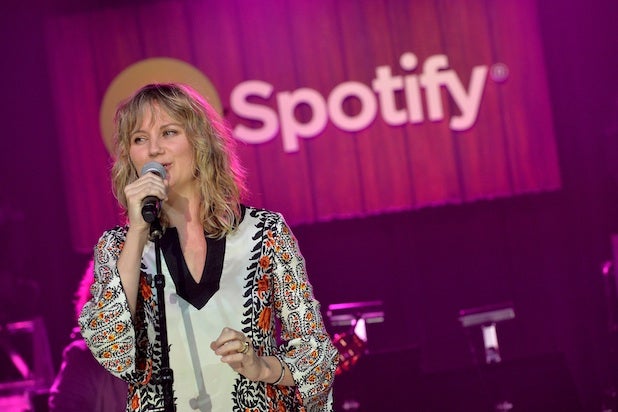 Streaming music company Spotify is believed to be worth just more than $4 billion after securing $250 million in funding from venture capital firm, Technology Crossover Ventures, a person with knowledge of the deal told TheWrap.

The deal, reported first by the Wall Street Journal, arrives just as Spotify sets its sights on launching outside of its Western markets and into bigger streaming music markets, such as Japan. The valuation comes at a time when the company claims to be converting users from its free service to its premium one.

Also read: Bravo and Spotify Pair Up on Playlists for Shows

The Swedish company has experienced great growth in recent years: From 17 countries in 2012 to 32 currently and more than doubling its revenue in the last year to about $584 million. At the newest valuation, it approaches that of its next biggest competitor, Pandora, which is valued at about $5.7 billion.

Two years ago, Technology Crossover Ventures bought $200 million in convertible bonds from Netflix Inc., which have since doubled in worth. It also has investments in real estate website Zillow Inc., Facebook Inc. and GoDaddy Group Inc.

In 2012, Spotify raised more than $100 million from multiple investors and was valued at just over $3 billion. The year before, it raised $100 million from Kleiner Perkins Caufield & Byers and Russian investment firm DST Global for a valuation of $1 billion.