Spotify is suspending all of its operations in Russia after previously shuttering its paid subscription service and removing Kremlin-backed content from its service. They expect to have fully suspended service by early April after taking several operational steps.

The streamer said in a new statement that while it believed it was important to provide independent news to the region and keep Spotify somewhat operational, the continued aggression in Ukraine has caused them to finally suspend operations entirely.

“Spotify has continued to believe that it’s critically important to try to keep our service operational in Russia to provide trusted, independent news and information in the region. Unfortunately, recently enacted legislation further restricting access to information, eliminating free expression, and criminalizing certain types of news puts the safety of Spotify’s employees and possibly even our listeners at risk. After carefully considering our options and the current circumstances, we have come to the difficult decision to fully suspend our service in Russia,” a Spotify spokesperson said in a statement to TheWrap. 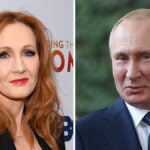 Also Read:
Vladimir Putin Complains the West Is ‘Trying to Cancel’ Russia Like it Did J.K. Rowling

Russia’s censors have been aggressively banning tech platforms like Facebook and Instagram that have put restrictions on Russian media, and the country has put harsh penalties in place for independent journalists who are trying to accurately report the war activities in Ukraine.

Spotify previously removed content from RT and Sputnik in the EU and other markets on its service, and a rep told TheWrap at the time that their team had reviewed thousands of pieces of content since the start of the war in Ukraine and restricted the discoverability of shows owned or run by Russian state-affiliated media. Further, the company launched a guide for users to access trusted news platforms and offered to match employee donations to humanitarian relief groups that are providing aid in Ukraine.

According to our Sensor Tower estimates, Spotify’s mobile app has gotten nearly 15 million installs from Russia’s App Store and Google Play since its launch there. Last year, Russia was Spotify’s seventh largest market by total installs. The app got about 7.3 million installs in Russia out of the 236.2 million installs globally.