Despite posting an unexpected Q1 profit, Spotify’s share price slipped 9% in early trading on Wednesday after the music streaming service reported underwhelming first quarter subscriber growth and lowered its guidance for the rest of 2021.

Spotify added 11 million monthly active users during the first quarter, pushing the company to 356 million overall. That represented a 24% year-over-year increase, but it also came in toward the bottom end of Spotify’s previous guidance, which pegged the company for between 354 million and 364 million. The company said in a statement its quarterly growth fell “modestly below” the company’s internal estimate. The 24% year-over-year growth rate was also a bit below where Spotify was last quarter, when its monthly user count increased 27% year-over-year.

As for paying customers, Spotify added 3 million ad-free customers during Q1, up 21% from the same time last year. Spotify now has 158 million paying subscribers, which came in slightly above Wall Street’s projections.

The Stockholm, Sweden-based company also posted a profit of €23 million (compared to a €1 million profit at the same time last year), while analysts had expected Spotify to post a slight loss for the quarter.

The rare profit and 3 million new paying customers weren’t enough to satiate some shareholders, though, with Spotify’s stock dropping 9% an hour into trading, hitting $266.38 per share.

The biggest concern could be Spotify lowering its full-year guidance, with the company saying on Wednesday it now projects it’ll have between 402 million and 422 million subscribers by the end of 2021; back in February, Spotify had projected it would add 407 million to 427 million by the end of the year. On the other hand, the company’s 2021 revenue estimate was slightly increased and its expectations for paying customers didn’t change. 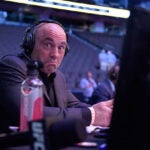 In its letter to shareholders, Spotify warned that “given the extraordinary operating circumstances we currently face with respect to the impact of COVID-19, there is a greater likelihood of variances with respect to those ranges than typical quarters.”

As for Spotify’s podcast push, the company said Joe Rogan’s show has “performed above expectations with respect to new user additions and engagement,” but didn’t disclose how many subscribers the podcast helped bring in. Spotify disclosed it had 2.6 million podcasts on its service by the end of Q1, up from the 2.2 million it finished the previous quarter with.