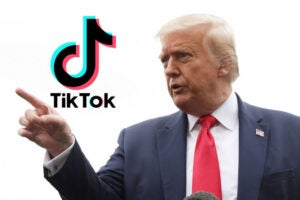 ”I am also obsessed with social media in a way, but I am … trying to get rid of it or cleanse it out of my life,“ Zamata says

Joe Keery’s character in the indie film “Spree” is strangely charismatic, but in his twisted pursuit of viral fame through social media, he’s not exactly someone you want to root for.

The “Stranger Things” actor plays Kurt, a rideshare driver who gets the idea to partake in a violent murder spree, all from the comfort of his own car, as he livestreams his crimes to the world. Director and co-writer Eugene Kotlyarenko describes the film as a satire of social media with some horror elements to it, and he called Keery’s character “misguided” and “problematic.”

“Yeah, highly misguided I think is the right word,” Keery told TheWrap’s Sharon Waxman after the January premiere of the film at the Sundance Film Festival.

The whole film is done from the perspective of live-streamed webcams placed around Kurt’s car, and for a while, we’re stuck looking for an escape from Kurt as the main character. But we get some relief in the form of Sasheer Zamata, a comedian and one of Kurt’s passengers who is also social media-obsessed but is looking to unplug.

“I am also obsessed with social media in a way, but I am learning more about myself and the world and I’m starting to have a different perspective on it and kind of trying to get rid of it or cleanse it out of my life,” the former “Saturday Night Live” Zamata said of her character. “So it’s interesting that I meet Kurt in this moment where I’m having this existential analysis of social media and it’s also what’s built my platform and my career.”

“That moment, when I think Jessie Adams (Zamata’s character) gets into Kurt’s car, it’s such a breath of fresh air for the audience, because in a way she’s sort of a surrogate for the audience,” Kotlyarenko added. “You don’t want to root for him, so when Jessie Adams shows up, it’s like, OK, this is who I’m going to align myself with.”