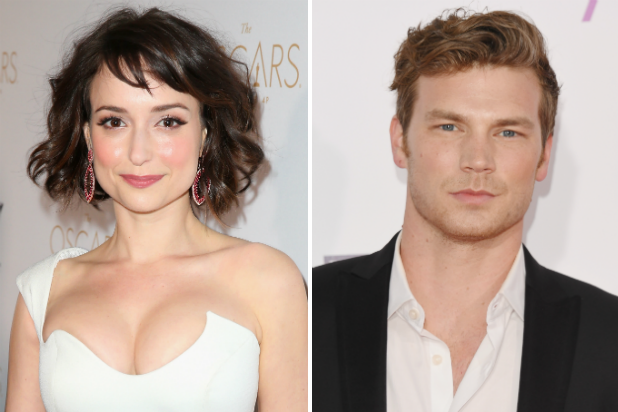 “Marvel’s New Warriors” now has a cast and it’s a big one.

“This is Us” star Milana Vayntrub has landed the coveted role of Squirrel Girl aka Doreen Green, who has the all the powers of a squirrel and a girl. The fan-favorite character was the first one announced with the show.

The cast is also led by “Baby Daddy’s” Derek Theler, who has landed the male lead as Mister Immortal. He, as his name suggests, can’t die.

The rest of the crew includes Jeremy Tardy as Night Thrasher, Calum Worthy as Speedball, Matthew Moy as Microbe and Kate Comer as Debrii.

Tardy (“Dear White People”) as Night Thrasher is a local and YouTube celebrity with no superpowers of his own. He’s described as “brilliant and noble and maybe a bit full of himself,” and an “entrepreneur.”

Worthy (“Austin & Ally”) as Speedball can throw kinetic balls of energy from his hands, but they’re completely out of control. He’s described as an “impulsive people-pleaser with a misplaced sense of confidence.”

Moy (“2 Broke Girls”) is playing Microbe, a hypochondriac with the ability to talk to germs. That may seem lame, but that means he knows where you’ve been and what’s been inside your body.

Finally, Cormer (“The Comeback”) will be playing Debrii, a low-level telekinetic. As in, she can lift a paper cup with her mind. In the comics, she’s surrounded by a telekinetic field that allows her to manipulate objects. She’s described as “funny and quick-witted.”

“I am thrilled beyond belief to be working with this incredible group of actors. They are funny, sincere, eager, charming and perfectly embody these characters. It’ll be a blast and an honor to create this show with each of them,” executive producer and showrunner Kevin Biegel said in a statement.