The upcoming “Star Trek” sequel originally scheduled for December 2023 has been undated and removed from Paramount’s upcoming release slate, TheWrap has confirmed.

No further information about the decision has been disclosed, but the move comes almost exactly a month after director Matt Shakman exited the project.

The untitled follow-up to 2016’s “Star Trek Beyond” was announced at a Paramount investor day early this year by producer J.J. Abrams. Alongside Chris Pine and Zachary Quinto, stars Karl Urban, Zoe Saldaña, Simon Pegg and John Cho were all expected to return. Lindsey Beer and Geneva Robertson-Dwore were set to write the movie, which had been slated for a Dec. 23, 2023, release. 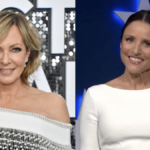 The film would have continued the so-called “Kelvin timeline” film series, a reboot of the franchise starring Pine as James T. Kirk that launched in 2009 with the Abrams-directed “Star Trek.” The series is set in an alternate continuity in which an elderly Spock traveled back in time, accidentally creating a divergent timeline in which everything from the Federation to the lives of “Trek” luminaries like Captain Kirk turned out very differently.

No word on whether Paramount will revive the film at a later date, but given how busy the cast is — particularly Pine, who is soon to make his feature directorial debut with the mystery comedy “Poolmen”; Saldaña, who is busy with both the “Avatar” sequels and Marvel films; and Urban, who stars in Amazon’s monster hit “The Boys” — that may prove a challenge.

Not that “Star Trek” fans have reason to worry. When “Star Trek” came out, the franchise was at a low point, with the two biggest recent projects fizzling out — the final film featuring the “Next Generation” cast, “Star Trek: Nemesis,” flopped, and the TV series “Star Trek: Enterprise” failed to find a strong audience and was canceled after four seasons, making it the first show since the original series not to last a full seven.

But it’s been six years since “Star Trek Beyond,” and the situation as it existed in 2009 is now reversed: The original “Trek” continuity is much more visible and celebrated and, yes, very much alive and well on Paramount+ thanks to hits like “Star Trek: Discovery,” “Picard,” “Strange New Worlds” and “Lower Decks” – with even more shows to come. This particular five-year voyage may be over, but the frontier has a long way to go before we reach “Final.” 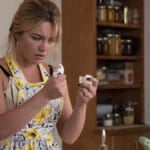