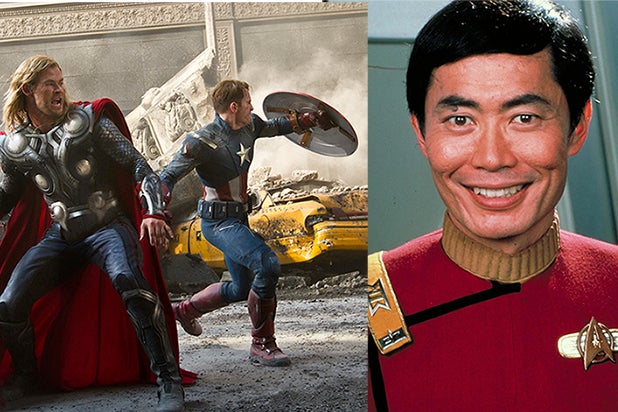 “As we celebrate the 45th anniversary of the world’s largest provider of programs and services for LGBT people, we’re excited to honor some very deserving Super Heroes in our movement,” said the center’s CEO Lorri L. Jean.

Takei played Hikaru Sulu in the original “Star Trek” series as well as in six of the franchise’s feature films. In 2005, after California’s then-Gov. Arnold Schwarzenegger vetoed a same-sex marriage bill, the actor came out as gay in an issue of “Frontiers” magazine.

He and his husband Brad are to both be honored. “George and Brad Takei are two of the nation’s most visible, dedicated and influential LGBT activists,” said Jean.

Marvel Entertainment is being hailed for how it portrays LGBT characters in its stories. The superhero-centered entertainment company offers plotlines which “parallel the struggle to end discrimination against our community” and “has helped brighten the lives of LGBT kids –and adults alike — around the world,” according to Jean.

Yaroslavsky is being honored as “a fierce champion for LGBT people and strong ally to the Center” for decades.