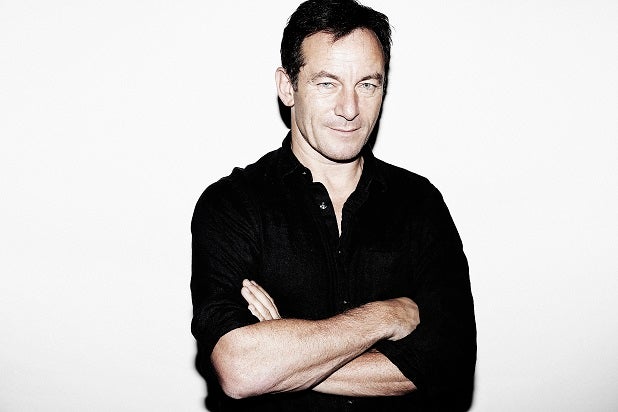 “The OA” alum Jason Isaacs has been cast in “Star Trek: Discovery,” TheWrap has learned.

The actor will play Captain Lorca, Captain of the Starship Discovery, on the CBS All Access series.

“The Walking Dead” star Sonequa Martin-Green was cast as the lead in the series, a lieutenant aboard the titular starship.

The cast also includes former “Gotham” star James Frain as Sarek, the legendary Vulcan statesman and father of Spock from the original series.

This marks the second delay for the highly anticipated series, which was originally slated to debut in January. The first true sign of trouble on the series came when Bryan Fuller left his post as showrunner, with executive producers Gretchen Berg and Aaron Harberts taking his place.

Other cast members on the series include: Chris Obi, Shazad Latif and Mary Chieffo as a trio of Klingon warriors; and Anthony Rapp, Doug Jones and Michelle Yeoh in key roles.

As originally planned, the premiere episode of “Discovery” will air on CBS, with all subsequent episodes released weekly and available in the U.S. exclusively on CBS All Access. Each episode of the series will be available globally within 24 hours of its U.S. premiere, presented on Netflix in 188 countries and through Bell Media platforms in Canada.