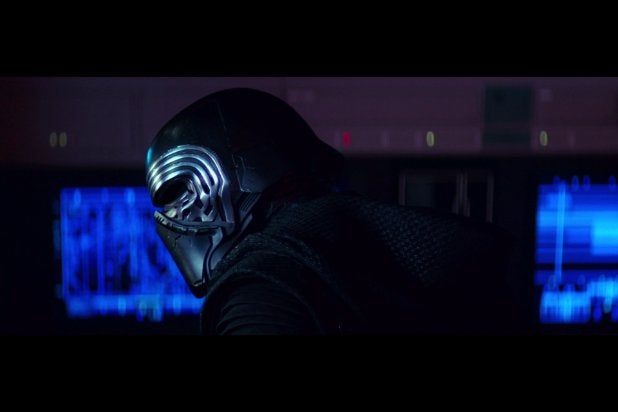 Oh, boy — if you hear a lot of parents yelling, “Kylo, get your butt over here right now!” in the coming years, there’s a good reason for it.

The Social Security Administration released its annual list of top baby names on Friday, revealing a dramatic rise in the name Kylo.

While the SSA didn’t explicitly attribute the skyrocketing ascent to the “Star Wars” franchise, the agency noted, “Kylo Ren, the son of Han Solo and Princess Leia and the grandson of Darth Vader, was a character in the 2015 film ‘Star Wars: The Force Awakens.’ Perhaps Kylo can continue to harness the force and climb even higher in the coming years.”

The second-highest riser in boys’ names for 2016 was Creed, which “could be attributed to the return to the silver screen of America’s favorite boxer Rocky Balboa in the 2015 movie ‘Creed,'” the SSA said.

For girls, the highest climber in 2016 was Kehlani, which spiked 2,487 spots from number 3,359 in 2015 to 872 last year. The agency suggested that the rise might be attributed to Grammy-nominated singer Kehlani Parrish.

Also Read: Star Wars Day Brings Out the Dork Side in Russia (Photo)

Still, none of those names could compete with Emma and Noah, which maintained their death grips on the top spots for girls’ and boys’ names for the third straight year.