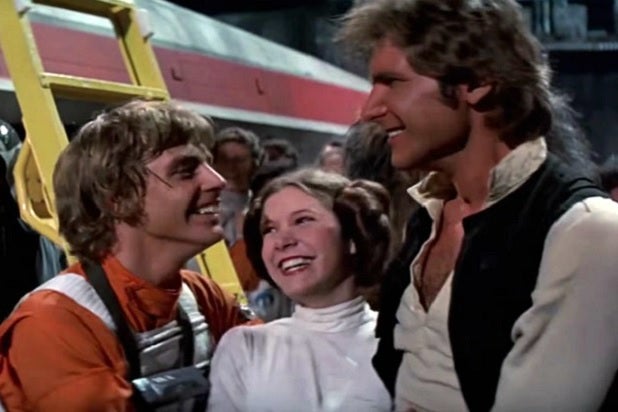 Alan Dean Foster, a novelist who has written several “Star Wars” books, says Disney owes him years of royalties for his work but that the company stopped paying when it acquired Lucasfilm in 2012.

Foster ghostwrote the novelization of the original “Star Wars” that was credited to George Lucas back in 1976. Two years later, he wrote “Splinter of the Mind’s Eye,” a sequel to the “Star Wars” book.

Both books are still in publication, and in an open letter published by the Science Fiction & Fantasy Writers of America, Foster says his requests for overdue royalties have been ignored and that Disney is requiring he sign a nondisclosure agreement before negotiating with him.

“All these books are all still very much in print,” Foster wrote. “They still earn money. For you. When one company buys another, they acquire its liabilities as well as its assets. You’re certainly reaping the benefits of the assets. I’d very much like my miniscule (though it’s not small to me) share. I know this is what gargantuan corporations often do. Ignore requests and inquiries hoping the petitioner will simply go away. Or possibly die. But I’m still here, and I am still entitled to what you owe me.”

In his letter, Foster notes that he authored the novelizations of the first three “Alien” movies and that Disney has also failed to pay him royalties on those books after it acquired 20th Century Fox in 2018.

A representative for Disney told TheWrap it engaged with Foster and his agent over the “Alien” books dating back to August 2019 and had requested a meeting as recently as March 2020 but had not heard back. Disney also says that Foster and his agent had never raised a complaint about “Star Wars” novels until his open letter was published this week. The company further clarified that Foster was not sent a formal NDA but was asked for an acknowledgement of confidentiality as they approached terms for a settlement, which it says is standard practice.

Disney finally said that it has already reengaged with Foster and with the SFWA, but has no other details. Disney had no comment about the amount of royalties owed.

Upon publishing Foster’s open letter, SFWA president Mary Robinette Kowal called the need to present the dispute publicly as “unprecedented” in her 10 years with the organization. She feared that this practice could impact other writers who work with Disney down the line.

“Disney’s argument is that they have purchased the rights but not the obligations of the contract. In other words, they believe they have the right to publish work, but are not obligated to pay the writer no matter what the contract says,” Robinette Kowal wrote. “If we let this stand, it could set precedent to fundamentally alter the way copyright and contracts operate in the United States. All a publisher would have to do to break a contract would be to sell it to a sibling company. If they are doing this to Alan Dean Foster, one of the great science fiction writers of our time, then what are they doing to the younger writers who do not know that a contract is a contract?”

The Verge first reported the news.