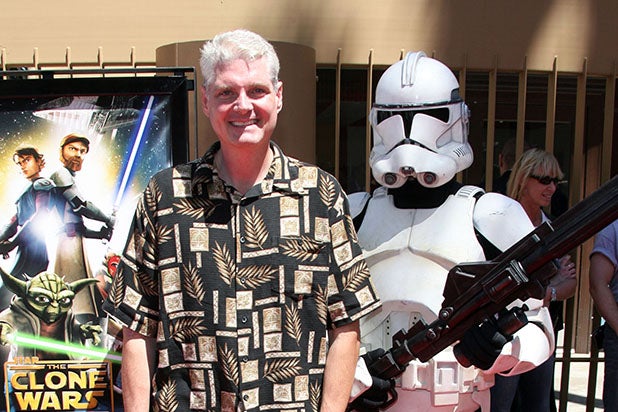 Voice actor Tom Kane, famed for playing Yoda on “Star Wars: The Clone Wars” and the villainous HIM on “The Powerpuff Girls,” has been left largely unable to speak or read after suffering a stroke.

Kane’s daughter, Sam, revealed the news on the actor’s Facebook page, saying it’s unclear whether or not her father will ever fully recover.

“Our family wanted to share why my dad has been MIA,” she wrote. “About two months ago he had a left side stroke that gave him right sided weakness and damage to the speech center of his brain. This means right now he cannot efficiently communicate verbally, nor read or spell.”

Sam wrote that her father is “still competent and very much himself” but is unable to speak more than a few words.

Also Read: Everything We Know About the Future of 'Star Wars'

“As many of you might know about strokes, it is possible for him to gain these functions back and we have found him excellent care in Kansas City for speech, occupational, and physical therapy,” she wrote. “But for now, we have been warned by his neurologist that he may not do voiceovers again.”

Prior to his stroke, Kane was a prolific voice actor, lending his voice to hundreds of TV series and video games. He most recently served as the narrator for Sarah Cooper’s Netflix special “Everything’s Fine” and lent his voice to the “LEGO Star Wars” holiday special on Disney+.

His most prominent role was voicing Yoda in the animated “Star Wars: The Clone Wars” series, but his list of credits also includes “Foster’s Home for Imaginary Friends,” “The Wild Thornberrys,” “Johnny Bravo,” in addition to voicing the fan-favorite villain HIM on “The Powerpuff Girls” and the oft-maimed butler Woodhouse on “Archer.”

Sam wrote that her father “remains in good spirits,” noting that his “extreme stubbornness has helped him already show improvements in speech.”