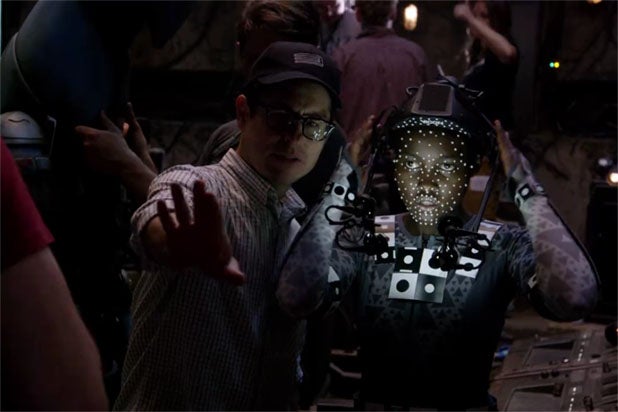 Lupita Nyong’o shared a brief behind-the-scenes clip from “Star Wars: The Force Awakens” on her Facebook page on Monday.

The Oscar-winning actress played Maz Kanata in the massively successful J.J. Abrams-directed sequel. The clip shows the creation of the wise alien using motion capture, using the dots covering her face and body to composite the character over her performance.

“To me, the magic is when we were doing Maz, you saw Lupita just make that character come to life,” says VFX supervisor Roger Guyett in the clip.