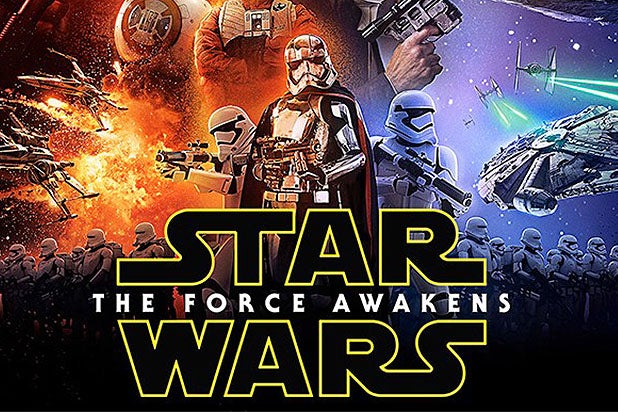 Tickets for “Star Wars: The Force Awakens” became available Monday via online retailers such as Fandango and MovieTickets.com — many of which were crashing late Monday given the crush of fans attempting to complete purchases.

Tickets were not supposed to go on sale until after the new “Force Awakens” trailer airs during halftime of the “Monday Night Football” game between the New York Giants and the Philadelphia Eagles on ESPN.

However, this reporter successfully purchased four tickets to an early-bird screening at 7 p.m. at AMC’s Universal CityWalk in IMAX 3D, with a confirmation code and everything.

The Disney-owned El Capitan Theater in Hollywood has also begun selling tickets, with several fans taking to Twitter to boast of their completed purchases.

But by Monday evening, many sites were experiencing serious technical challenges to keep up with demand. MovieTickets.com seemed to be down altogether, while Fandango delivered error messages when users attempted to access information about “Star Wars” screenings or complete purchases.

Fandango and MovieTickets.com are expecting record-breaking sales for “Star Wars,” given the immense anticipation from fans.

Some industry observers believe that “Force Awakens” could gross $1 billion at the domestic box office alone. “Avatar” holds the domestic record with $760 million.

Upset that someone got cast in the new “Star Wars” movie that you didn’t want to? Chill out. Here’s 10 examples proving their performances might surprise you.