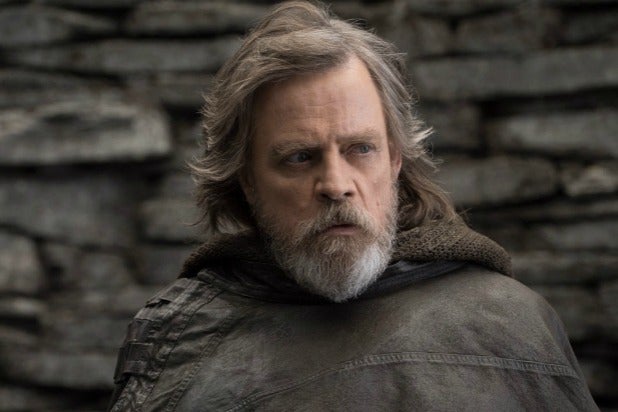 “Star Wars: The Last Jedi” director Rian Johnson says that he briefly considered bringing back Anakin Skywalker in the scene in which Luke Skywalker is mentored by Yoda.

Johnson was asked on Twitter on Tuesday whether he ever considered bringing back a ghost or vision of Anakin to speak with either Luke or Rey, and he admitted that he briefly considered it for a key scene in the 2017 film, the eighth in the original nine-film saga.

“Briefly for the tree-burning scene, but Luke’s relationship was with Vader not really Anakin, which seemed like it would complicate things more than that moment allowed,” Johnson said. “Yoda felt like the more impactful teacher for that moment.”

Yoda’s appearance did prove to be something of a crowd pleaser in that moment as the diminutive Jedi tells Luke to “look past a pile of old books,” with some arguing that it’s one of the key scenes in the movie.

Since this is “Star Wars: The Last Jedi” we’re talking about, we’re sure people will find a way to get really angry about this somehow. One Twitter user argued that Luke in “The Empire Strikes Back” and “Return of the Jedi” always saw through Vader and saw his father Anakin, even as Vader himself resisted.

Johnson added another little tidbit, saying that he was the one who came up with the title for Episode VIII, “The Last Jedi,” early on in the writing process and that it was not something that was given to him by his corporate overlords at Disney or Lucasfilm. He didn’t say whether that version of Anakin, if he were to return, would be played by Hayden Christensen as he was in the early-aughts prequels or perhaps even David Prowse, who died last month after playing Darth Vader in the original trilogy (with James Earl Jones voicing the villain’s lines).

Briefly for the tree burning scene, but luke’s relationship was with Vader not really anakin, which seemed like it would complicate things more than that moment allowed. Yoda felt like the more impactful teacher for that moment.