The end of the Skywalker Saga is near, and J.J. Abrams and the cast of “Star Wars: The Rise of Skywalker” came out from the shadows to deliver a sneak peek at the D23 Expo in Anaheim, California, along with a new poster.

Onstage to present the poster along with the brand new footage was director Abrams along with most of the film’s cast, including Daisy Ridley and Adam Driver. Alas, Abrams said that the trailer is not complete yet, but the special footage shown exclusively at D23 shows shots from all the past films in the “Star Wars” series before a few flashing shots from the new film. Those shots includes an armada of Star Destroyers amid stormy skies and a new scene in which we see Rey (Ridley) and Kylo Ren (Driver) dueling on stormy seas.

But the most surprising shot was the last one, with a hooded Rey wielding a red, dual-bladed Sith lightsaber. It’s similar to the one Darth Maul infamously wields in “Star Wars: The Phantom Menace,” but this one has a hinge in the center that snaps out before the blades ignite. Pretty cool, if you ask us.

Along with that footage was, as we mentioned, the new poster. See it below in full: 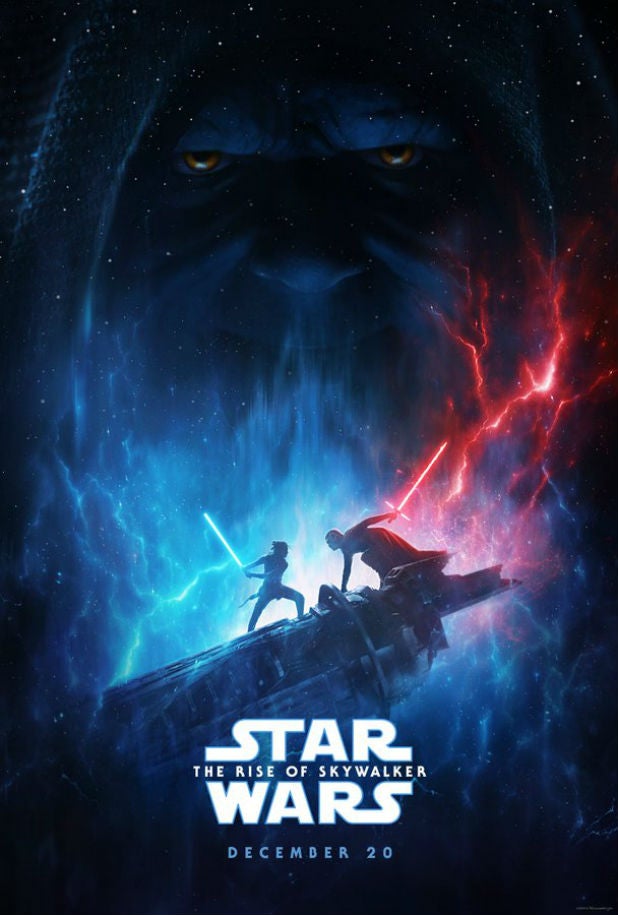 “The Rise of Skywalker” will see Mark Hamill play Luke Skywalker from beyond this mortal coil, while Billy Dee Williams and Ian McDermid return to play Lando Calrissian and Emperor Palpatine. The film will also have posthumous footage of Carrie Fisher as Leia Organa filmed before her death in 2016.

The new trailer comes a day after Lucasfilm released a trailer for “The Mandalorian,” the first “Star Wars” series for the upcoming Disney+ streaming service that will launch on Nov. 12. Lucasfilm also confirmed that Ewan McGregor will return as Obi-Wan Kenobi in another Disney+ series that will begin filming next year.

“Star Wars: The Rise of Skywalker” will arrive in theaters on Dec. 20.

There are so many ”Star Wars“ games to choose from, but these stand out from the pack