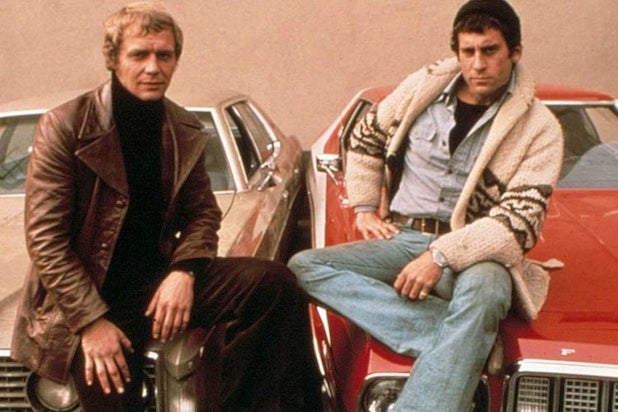 It’s time to rev up the Gran Torino, as a “Starsky & Hutch” TV reboot is in the works with James Gunn writing the pilot.

Sony Pictures Television is shopping the one-hour procedural series, having picked up interest from broadcast, cable and streaming platforms.

Gunn will write the script with brother Brian Gunn and cousin Mark Gunn. They will executive produce with Neal Moritz and Pavun Shetty of Original Films, which has an overall deal with Sony.

The original “Starsky & Hutch” starred David Soul and Paul Michael Glaser as the eponymous cops and signed off in 1979 after four seasons.

Reboots continue to be a hot TV trend, with potential projects including a live-action “The Jetsons” at ABC, along with “Miami Vice” and “The Munsters” at NBC. Debuting this season are new versions of “Roseanne,” “S.W.A.T.,” “Star Trek” and “Dynasty.”

James Gunn is set to direct the third “Guardians of the Galaxy” film after helming the first two films, earning a writing credit on both. He is represented by UTA.