Despite missing Wall Street projections and taking more hits on the stock market, Lionsgate had a silver lining as it beat subscriber growth expectations for Starz while it nears a spinoff or outright sale of the network this summer.

In its quarterly earnings report, Lionsgate reported that 4.8 million new subscribers were added by Starz in the quarter ending March 31, beating projections of 3 million new subscribers as its global count increases to 35.8 million. During an earnings call on Thursday afternoon, CEO Jon Feltheimer said that the company is finalizing its plans for either a minority stake sale or acquisition deal of Starz this summer.

While Feltheimer did not mention any potential buyers, Roku and Vivendi have been reported to be among the candidates. 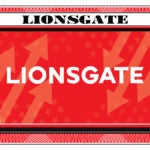 “We are engaged in a robust and productive process with our bankers and a number of potential strategic and financial partners,” Feltheimer said.“Even after executing our strategic plan for Starz, we will continue to partner with them in the creation of great IP, building our library and achieving important synergies between Starz and our studio business.”

Feltheimer stressed that despite ongoing operating losses, Lionsgate is still on a long-term upward trend as the company’s motion picture and television groups are continuing to expand their original content production output.

Among the projects in development on the motion picture side is a prequel to “The Hunger Games,” Lionsgate’s most lucrative franchise with nearly $3 billion grossed at the global box office over four films. That film is set for release in November 2023. Starz’s original programming is headlined by “Blindspotting,” “Power,” and the upcoming “John Wick” spinoff “The Continental.”