In addition, Jimmy Hilburn and Susan Ievoli have been hired to serve as chief marketing officer and senior vice president of publicity, events and awards, respectively.

“We’re thrilled to welcome Jimmy and Susan to the STARZ team and elevate Robin’s oversight in a key area of the business,” Hoffman said in a statement. “These best-in-class executives are creative disruptors who are as strategic and analytical as they are innovative. They will further amplify the company’s momentum as we continue to grow our subscriber base and develop premium campaigns in support of our robust slate.” 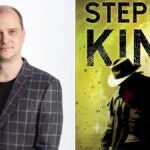 Chacko, who joined Starz back in 2017, will lead growth marketing, product management and subscriber operations for the family of Starz apps on mobile, streaming boxes, game consoles, smart TVs and the web.

Prior to Starz, Chacko led product management and customer relationship management for Jam City, group operations for Tetris Hasbro and Pogo Studio at Electronic Arts and served as head of game analytics for EA Mobile. Through his work across Jam City and EA, Chacko has helped launch and manage live services for over 30 video games.

Hilburn will be tasked with overseeing all teams across across marketing, media, publicity and creative.

Prior to joining Starz, he served as Netflix’s director of marketing, leading original series launches for “Bridgerton,” “Ozark,” “Narcos,” “House of Cards” and “Dear White People,” among others. He also helped establish the streamer’s stand-up comedy brand “Netflix Is a Joke,” and built creative teams across the globe to support Netflix’s slate of international originals.

Before that, Hilburn served as AMC’s director of marketing, where he launched the network’s inaugural slate of original programming including “Mad Men,” “Breaking Bad” and “The Walking Dead.” 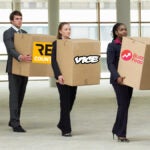 Also Read:
The Media Layoff Bloodbath: Why It’s Happening and Who’s Hurt the Most

Meanwhile, Ievoli will lead the streaming platform’s programming publicity and awards campaigns and strategy. She will also be responsible for the company’s events and talent relations. The role was previously held by Jennifer Minezaki-Washington, who was promoted to executive vice president of corporate and brand communications in March 2021.

She also served as director of publicity at A+E Network, where she was integral in launching The History Channel’s first scripted programming slate and spearheaded the awards and press campaigns for the Emmy Award-winning limited series “Hatfields & McCoys.” In addition, she led campaigns for the critically acclaimed, Emmy-nominated limited series “Roots” and the hit drama series “Vikings.”

Prior to that, Ievoli oversaw Turner Broadcasting’s publicity campaigns at TNT, TBS, Turner Classic Movies and truTV for hit programming such as “The Closer,” “Southland” and “Conan.”