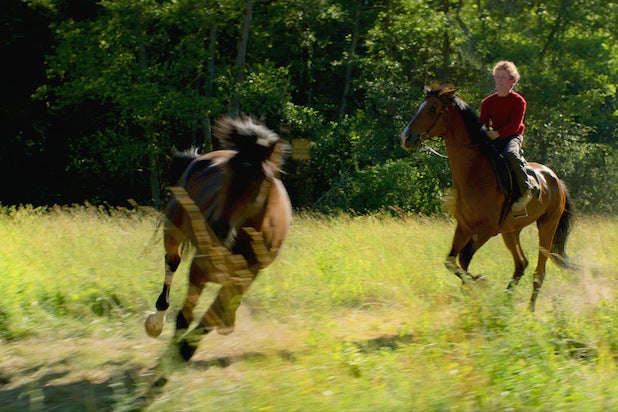 Magnolia Pictures has acquired the U.S. rights to “Out Stealing Horses,” the latest film from director Hans Petter Moland that stars Stellan Skarsgård and is Norway’s official submission to the 2020 foreign-language Oscar race, Magnolia announced on Friday.

“Out Stealing Horses” is a drama from Moland (“In Order of Disappearance” and its U.S. remake “Cold Pursuit”) based on the novel by Per Petterson. It premiered in competition at the Berlin Film Festival. Magnolia is planning a theatrical release for next year.

The film follows 67-year-old Trond Sander (Skarsgård) who, after the death of his wife, retires to a desolate place in the east of Norway. As winter arrives he discovers he has a neighbor, a man he knew during the summer of 1948. This leads Trond to reflect on a childhood summer he spent with his father. Long afternoons in the forest, rides on wild horses and hard work felling wood begin to blur into a series of images of carefree happiness but also fateful experiences.

“Hans Petter Moland has delivered an incredibly well-shot and acted adaptation of a greatly loved novel,” Magnolia president Eamonn Bowles said in a statement. “We look forward to bringing it to American audiences.”

“I’m delighted that Magnolia will distribute ‘Out Stealing Horses’ in the Unites [sic] States, as they did with ‘In Order of Disappearance,” Moland said in a statement. “Our film is in good hands with Magnolia, a passionate and dedicated distributor with a keen sense and track record of releasing quality, award-winning films such as ‘The Square’ and ‘Shoplifters.'”

The deal was negotiated by Magnolia EVP Dori Begley and Magnolia SVP of Acquisitions John Von Thaden with Susan Wendt of Trust Nordisk on behalf of the filmmakers.