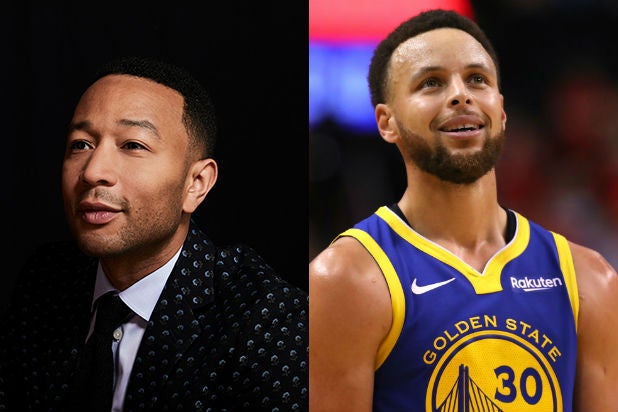 NBA star Steph Curry and John Legend are teaming up for a sports film set up at Sony Pictures called “Signing Day,” an individual with knowledge of the project told TheWrap.

Curry’s Unanimous Media and Legend’s Get Lifted Film Co. will produce the film as one of several projects Curry has in development at Sony as part of his multi-year production deal.

The film written by Adam Hoff will feature a female lead and will tell the story of someone described as the Jerry Maguire of our era.

The story will follow an extremely driven sports agent who tries desperately to sign an elite prospect as her client, a young, coveted star basketball player. In her desperation and determination, she considers resorting to illegal and unethical means in order to sign the client, although she is morally conflicted. She ultimately manages to sign this client, but does so in an honest and just way, realizing that the ends do not justify the means.

Curry will produce with Unanimous Media’s Erick Peyton, Jeron Smith and Get Lifted’s Legend, Mike Jackson, as well as Ty Stiklorius, CEO of Friends At Work.

Get Lifted is currently in post-production on “Jingle Jangle,” a live-action musical at Netflix that’s set for 2020, and is also behind the rap competition show “Rhythm + Flow.” Get Lifted is represented by WME and Nina Shaw, Jean Tanaka and Lily Tillers of Del, Shaw, Moonves, Tanaka, Finklestein and Lezcano.

Hoff is represented by Verve and Tom Carter at Artillery Creative.

News of the project was first reported by Variety.