The Elle story of a journalist who essentially destroyed her personal and professional life after falling in love with Martin Shkreli became a sensation when it debuted on Sunday. And like any widely-shared piece, it launched an avalanche of social media discourse, not all of it positive. Author Stephanie Clifford told TheWrap Monday that some of the criticism has a “sexist undertone.”

As detailed in the story, Bloomberg News reporter Christie Smythe ended her marriage and lost her job after several questionable ethical lapses in her coverage of Shkreli, then began a romantic relationship with him in prison, even going so far as to freeze her eggs in preparation for his eventual release. But according to the piece, when Shkreli heard she was telling the story to Elle, he ghosted Smythe, who has since sold the film rights to her side of the story after several failed attempts at a book deal.

Many observers have questioned Smythe’s reliability as a narrator, suggesting she is running some kind of con, while others have speculated that she might have been conned by Clifford herself. Others have noted potential ethical problems with the way the article, ostensibly about an extremely serious subject, was packaged like a normal fashion magazine feature, right down to glossy photos of Smythe dressed in deliberately highlighted designer clothes. 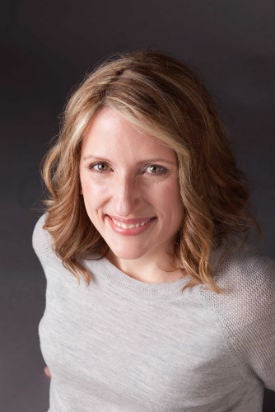 As for whether Smythe, who she knew from their time together reporting from the press room at Brooklyn’s federal court, was somehow ignorant of the ramifications going public with her story could have, Clifford said that wasn’t true.

“She is a very clear-head, very smart woman,” Clifford said. “We talked extensively about what this would mean if it were published.”

She said she spoke to Smythe like she would speak to any other source, going over what the publication of the piece could mean for her life, her job prospects and her Google results.

“She knew exactly what was coming, I think,” Clifford went on. “I didn’t expect this kind of reaction. I think she did because she’s seen online reaction to Shkreli before and she knew that it would be a flashpoint. She went into it with her eyes open. She knew perfectly well what she was doing and she is smart.”

After the piece’s Sunday publication, Smythe was active online, engaging with readers. On Twitter, where she now regularly posts about the conditions faced by incarcerated people, she wrote, “Going public is such a relief, no matter what people think. You have no idea how hard it is to keep this kind of a story bottled up. So messy and complicated. I’m glad it was told well.”

“I think stories of people in extreme situations are fascinating because they can tell us a lot about ourselves and about the human condition,” said Clifford. “She made this choice that a lot of people wouldn’t have made and I wanted to get into the ‘why’ of it, but it’s important for me to do it in a respectful way and in a way that was careful and tried to explain it and not just go for shock value like, ‘OMG. You won’t believe it but somebody is dating Martin Shkreli.'”