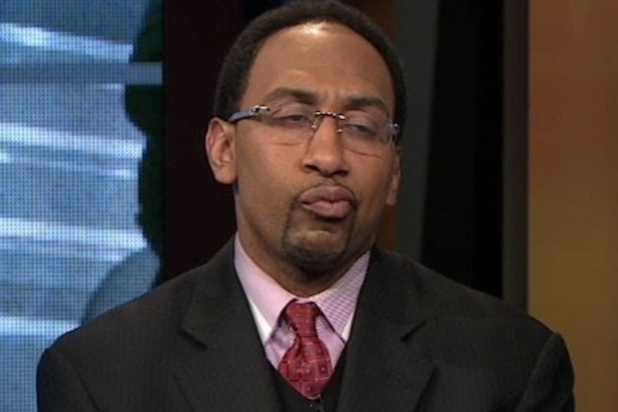 ESPN’s Stephen A. Smith ripped “low life” author Jeff Pearlman for suggesting the “First Take” co-host does nothing but scream and should have been laid off, asking, “Why are you focusing on me?”

The beef started after ESPN laid off roughly 100 on-air personalities and writers on Wednesday, after which Pearlman tweeted his frustration that “good” employees are being let go but Smith still has a job at ESPN. Pearlman attached a lengthy memo essentially declaring that keeping the “First Take” co-host is, in essence, the end of journalism as we know it.

“I read Mr. Jeff Pearlman, a former writer for Sports Illustrated, what he had to say about me in regards to the layoffs that have been suffered at ESPN by some of our colleagues. ESPN management makes a decision. Ratings equal revenue. Obviously it influences advertisers, ad sales, things of that nature. When those things are not flowing in abundance, business decisions need to be made,” Smith said Thursday on his radio show. “Here is what they wanna do. What the Pearlmans of the world, and others, want to do is take a loud-mouthed black person and act like I’m just a loud mouth.”

Smith continued: “I could sit up here and talk about ‘First Take’ and its ratings and how successful we have been and we are. I could sit up here and talk about radio, and the radio show and how successful I’ve been. I can talk about a lot of things. But I’m not gonna go there. Instead, rhetorically speaking, I’m going to ask Mr. Jeff Pearlman, and all of the Jeff Pearlmans of the world a simple question. Why are you focusing on me?

Also Read: Here's Everyone Laid Off at ESPN, From Andy Katz to Britt McHenry (Updating List)

There are people in our business who actually get paid more, who do less and produce less. Why are you not talking about them? See, these are the kind of things where I want you, the American people listening to this show, to understand the nuances that go along with this,” Smith said calmly before his tone picked up.

“To really highlight specifics about the hypocrisy that comes out of the mouth… is to call out somebody else. And I’m not gonna do that. Like when they say to me, ‘Screaming A.’ I’m the only dude on the air that’s loud? I know plenty of white dudes that scream… they’re called passionate. I’m called loud.”

Smith said the “real issue” is that Pearlman brought his qualifications into question before literally rifling off his entire resume.

“Now, Mr. Pearlman, let me not be the low life that you are, in terms of what you decided to write… did you know that Mr. Jeff Pearlman used to write for Sports Illustrated? Did you know that he’s a best selling author… unlike him, I’m not going to hate on his credentials and act like they’re non existent because I want to be a child,” Smith said. “If I were to be that low life, at least I would have the decency to recognize someone’s credentials.”

Smith went on to say that maybe Pearlman doesn’t understand because he is “not black.”

“Maybe that’s why he’s so quick to talk about what I have deserved,” Smith said. “This was earned.”

Pearlman quickly responded to Smith, once again on Twitter:

Didn't hear any of it, but to be clear I have 0 prob w @stephenasmith making his case. I made a point, he countered. That's how it goes.

The large cut comes as the expensive “Worldwide Leader in Sports” hemorrhages subscribers in the cord-cutting era. Readers can find out how ESPN is combating that new reality through content by clicking here. Business-wise, a large chunk of cost-savings will be based on the layoffs, which we knew were coming.