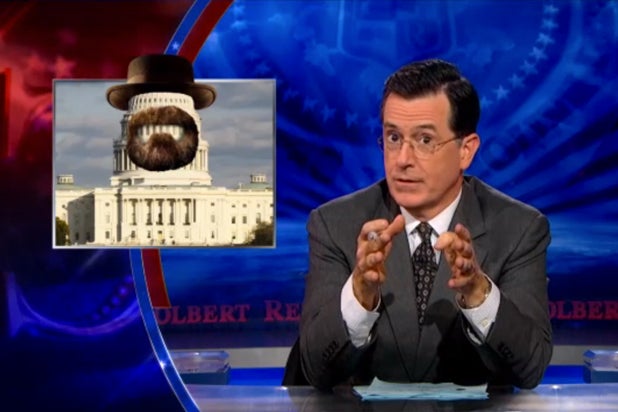 In case there was any confusion, Stephen Colbert won’t continue his alter-ego from Comedy Central’s “Colbert Report” when he takes over for David Letterman on CBS’s “Late Show” in 2015.

“I won’t be doing the new show in character, so we’ll all get to find out how much of him was me. I’m looking forward to it….,” Colbert clarified in a statement.

CBS tapped Colbert as the eventual Letterman replacement earlier on Thursday morning. The comedian signed a five-year deal with his new broadcast network.

“I’m thrilled and grateful that CBS chose me,” Colbert said in the announcement. “Now, if you’ll excuse me, I have to go grind a gap in my front teeth.”

Colbert will stick with Comedy Central’s “Colbert Report” through the remainder of 2014, and will inherit Letterman’s “Late Show” seat sometime in 2015 — though a more specific date has yet to be announced. The cable channel that made Colbert famous through his own show, and earlier, as a correspondent on “The Daily Show,” wished Stephen well.

The location and producers of Colbert’s version of “The Late Show” have also yet to be determined, the network said. Politicians in New York and Los Angeles have been lobbying to host the CBS late-night show currently based at the Ed Sullivan Theater in Manhattan.