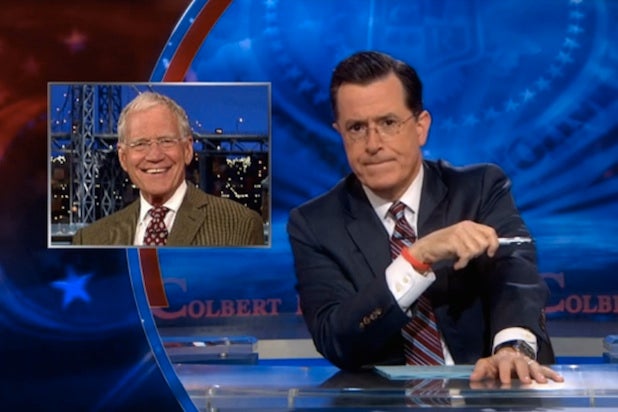 Stephen Colbert will sit down with David Letterman, the man he’s replacing, on next Tuesday’s “Late Show,” CBS announced.

CBS announced Thursday that Colbert will replace Letterman when he retires next year after three decades in late night. Though Colbert has appeared on the “Late Show” before, this will be his first time joining Letterman since the announcement.

Also read: Stephen Colbert Plays Coy on Letterman Takeover: ‘I Do Not Envy Who They Put In That Chair’ (Video)

Letterman, who has endorsed Colbert as his successor, announced his retirement on the show’s April 3 broadcast.

Last week, Colbert praised Letterman without breaking from his buffoonish “Colbert Report” character. He said whoever replaces him will have a big job ahead.

“I do not envy who they put in that chair,” he said.