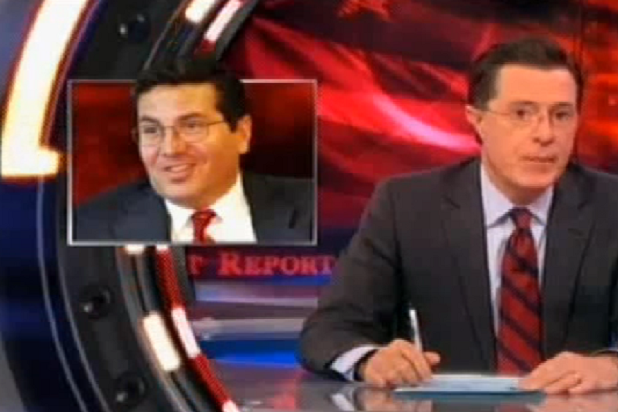 The tweet, since deleted from the account, read, “I am willing to show #Asian community I care by introducing the Ching-Chong Ding-Dong Foundation for Sensitivity to Orientals or Whatever,” Mediaite reports.

The tweet sprang from a segment on Colbert’s Comedy Central show “The Colbert Report” during which Colbert, a satirical comedian whose on-air persona is a clueless, conservative buffoon, lampooned Washington Redskins owner  Dan Snyder’s mock-worthy statement that he was keeping the NFL team’s name intact, despite accusations that the name is racist. Snyder announced that, in addition to retaining the moniker, he was spearheading an organization to benefit Native Americans.

That fact apparently eluded many members of the esteemed Twitter community, who quickly let their fingers do the walking and made #CancelColbert a trending Twitter hashtag.

A rep for Comedy Central has not yet responded to TheWrap’s request for comment  — possibly because they’re busy trying to make #SatireEludesSomeTwitterUsers a trending hashtag.