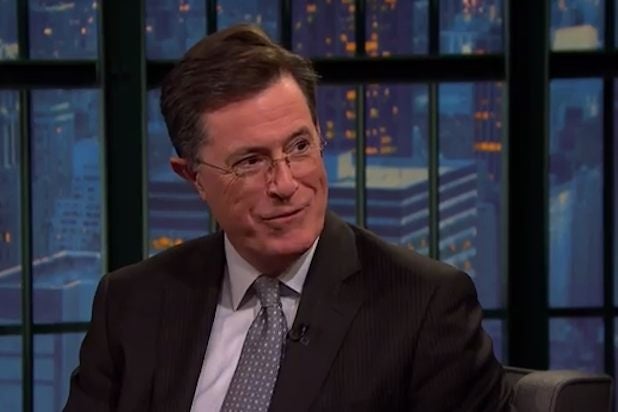 Stephen Colbert may be leaving Comedy Central soon, but his calendar is staying very full.

The incoming “Late Show” desk-jockey will host the 37th annual Kennedy Center Honors next month, the John F. Kennedy Center for the Performing Arts revealed on Wednesday. As previously announced, the honorees this year will be Al Green, Tom Hanks, Patricia McBridge, Sting and Lily Tomlin.

“The Kennedy Center Honors recognizes excellence on a national stage and we are pleased that a man of Stephen’s accomplishment will host the show,” said Honors co-producer George Stevens Jr. “He is best in class and will no doubt undo any solemnity that might otherwise attend the occasion.”

Nick Vanoff co-created the Honors with Stevens Jr. in 1978.

The Dec. 7 gala will be recorded for broadcast on the CBS Network for the 37th consecutive year as a two-hour primetime special, airing Tuesday, Dec. 30 at 9 p.m. (ET/PT).