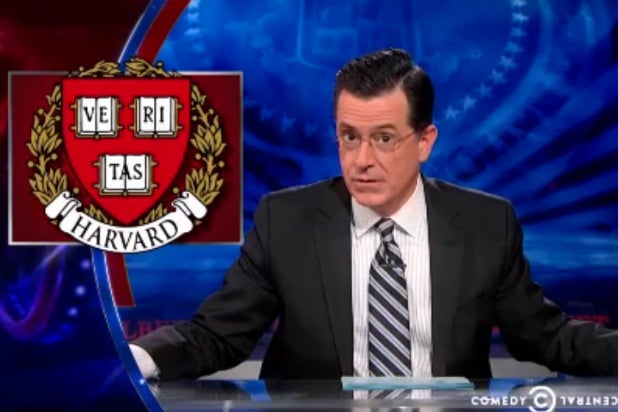 Stephen Colbert had a major announcement to make on Tuesday’s “Report.”

Why? “The man’s a liar,” he explained. At least in the way he sold Obamacare to Colbert Nation, insisting that those currently covered will be able to maintain their benefits package.

But, “Millions of Americans have had their coverage ripped from them — I believe it’s the plot of ‘Taken 3’,” Colbert quipped.

See video: Matt Lauer and Sarah Palin Get Into Heated Exchange Over Obamacare

And the first look at Obamacare’s enrollment numbers are not good: fewer than 50,000 Americans have successfully signed up to the program’s troubled rollout. “To put that into perspective, that is fewer people than watch ‘Up Late With Alec Baldwin,'” Colbert joked.

IF you crunch the numbers further, that means, “Obamacare is 58 times harder to get into than Harvard,” Colbert said.

Better study up on your MRIs.