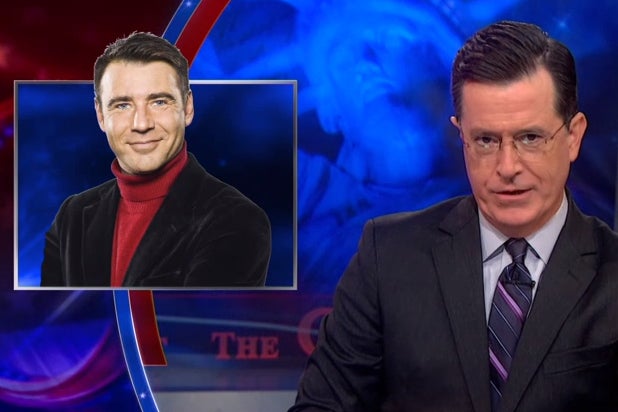 The Supreme Court came back in session on Monday, when members decided that they would not hear any of the seven same-sex marriage cases that were filed over the summer.

In passing, the lower court rulings will automatically stand, making gay marriage de facto legal in most of the jurisdictions.

When Colbert heard a CNN talking head call it “inevitable” that the rest of the country will now follow suit, the Comedy Central host threw in the towel, declaring it over between himself and his wife of 25 years. Accordingly, Colbert introduced his viewers to his new “government-mandated life partner,” Roger Cornsworth (pictured above).

The rest of the humorous clip, which is embedded below, focuses on how ridiculous the rise in Amicus Briefs — which Colbert calls “the legal equivalent of grandparents” — has become.

He then compared the obscure legal strategy to basing a court decision off of unverified Snapple Facts.

Watch the video and learn something: