Amazon Studios has acquired a feature film pitch called “Coyote Blue” that has Sterling K. Brown attached to star and comes from “John Wick” and “Nobody” writer Derek Kolstad, an individual with knowledge of the sale told TheWrap.

Hanelle M. Culpepper will make her feature directorial debut on “Coyote Blue,” which is an action film that stars Brown as an everyman who’s hunted by a ruthless criminal syndicate for his mysterious cargo and now must navigate the treacherous terrain of Route 66 while unleashing his lethal set of skills in a fight for survival.

Kolstad is producing under his Tradecraft banner alongside Dmitri M. Johnson via dj2 Entertainment. Brown will also produce with Danielle Reardon for Indian Meadows Productions. 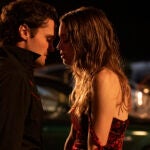 The “This Is Us” star Brown was nominated for two Emmys this year, including “This Is Us” and for narrating the CNN docuseries “Lincoln: Divided We Stand.” His film credits include “Black Panther,” “Waves” and “Frozen 2.”

Kolstad is the writer behind the “John Wick” franchise, and he also wrote the Bob Odenkirk film “Nobody” and is an executive producer on “The Falcon and the Winter Soldier.” He’s also working with Amazon on an adaptation of the Japanese action-horror manga “Hellsing.”

Culpepper is also working with Amazon on the upcoming series “Anansi Boys,” based on a Neil Gaiman novel. She recently directed the pilot for The CW’s “Kung Fu” and directed the “Star Trek: Picard” pilot. 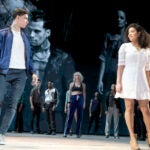