Steve Buscemi has returned to the director’s chair for his latest feature film, a drama called “The Listener” starring Tessa Thompson.

Thompson is the only onscreen character in “The Listener,” in which she stars as a helpline volunteer fielding calls from those feeling lonely, broken and hopeless. The film sees how over the past year her calls have been increasing in volume, leading her to worry that today is the day she finally loses someone on the job, and revealing why she chooses to listen in the first place.

“The Listener” recently wrapped production after being filmed in Los Angeles in August and September. Alessandro Camon (“The Messenger”) wrote the script. The film comes from Olive Productions, Hantz Motion Pictures, Atlas Industries and Sight Unseen. 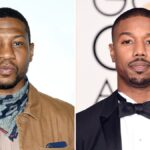 As a director, Buscemi has worked on episodes of “Portlandia,” “Miracle Workers,” “30 Rock” and “The Sopranos.” He previously directed the 2007 feature “Interview,” starring himself and Sienna Miller.

Thompson will next be seen in “Passing” on Netflix and will appear in “Thor: Love and Thunder” and “Creed III.”