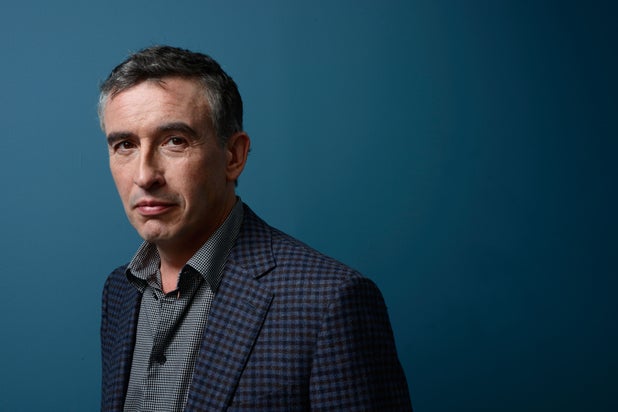 Particularly in England, Steve Coogan has become known for the comedy of ineptitude (including his iconic character of Alan Partridge) and for testifying against tabloid reporters who tapped his phone and lovingly detailed his indiscretions in that country’s hacking scandal. But with “Philomena,” Coogan is co-starring with Judi Dench in a drama — and he’s playing his occasional foe, a reporter. Coogan got into this situation himself, co-producing and co-writing the screenplay. The film is based on the true story of reporter Martin Sixsmith, who helped an elderly woman track down the out-of- wedlock son that was taken from her by Catholic nuns in the home for wayward girls where she lived in the 1960s.

How much of writing “Philomena” had to do with giving yourself the kind of part you might not otherwise be offered?
It was borne out of several motivations. One was wanting to tell the story and communicate the outrage and anger and sadness I felt when I read an article about this. But also, if you want to change things, you’ve got to do it yourself. People would not ordinarily offer me this kind of role, even though I wanted it, because they thought, with some justification, that I had too much comedy baggage and would somehow undermine the part.

“Philomena” is one of a number of films this year that could be submitted to the Golden Globes as either a comedy or drama. Do the categories even matter?
I don’t know. It is constricting to have to say you’re one or the other. I wanted to make it a funny film, but the intention was never to make a comedy. The intention was to use comedy to lighten the heaviness of the story. I would describe it as a drama that’s funny — unless of course they think it’s got a chance to win in the comedy category, in which case it’s a comedy. [Ed. note: The movie was nominated Thursday in the drama category; Coogan and co-writer Jeff Pope were nominated in the best screenplay motion picture category.]

Did you have to suppress your instinct to be funny?
When you’re writing it, certainly you have to decide when to back off and let the poignancy speak for itself. Comedy can help take the curse off something that might otherwise be too melodramatic. And as a performer, I said to [director] Stephen Frears, “Look, I might have a tendency to veer toward the comic when it’s not appropriate. So keep an eye on me.” And he did.

Obviously, you’ve had an adversarial relationship with some members of the British press. Was it odd to play a journalist?
It’s funny, because people have picked up on this and I’ve had to think about it. But I didn’t think about it when I wrote the script. I wanted to tell a story, Martin was a journalist, and it never occurred to me that there would be any contradiction.

I got involved in the debate about the press in England to give some balance to it and to push for more effective self-governance, instead of the window dressing that existed before the whole hacking thing broke. Certain aspects of the press say that they just want to tell the truth, but really they just want to satisfy a cartel of very wealthy proprietors and shareholders who want to sell as many newspapers as possible by doing whatever the hell they like.

“The Trip,” in which you play a version of yourself, includes priceless scenes of you and Rob Brydon driving around England doing Michael Caine impersonations. Ever do that with Judi Dench?
I did, actually. I went through the whole repertoire. I spent God knows how many hours in cars with her in England, in Ireland, in Washington, in Maryland. And in between takes we didn’t have heavy discussions about the subtext or motivations or any of that. I did funny voices and made her laugh. Strangely, because she’s such a good actor, she disappeared into the character, and I felt like I was making a little old Irish lady laugh.

I’m glad she didn’t look like Judi Dench most of the time, because I would have been too starstruck.