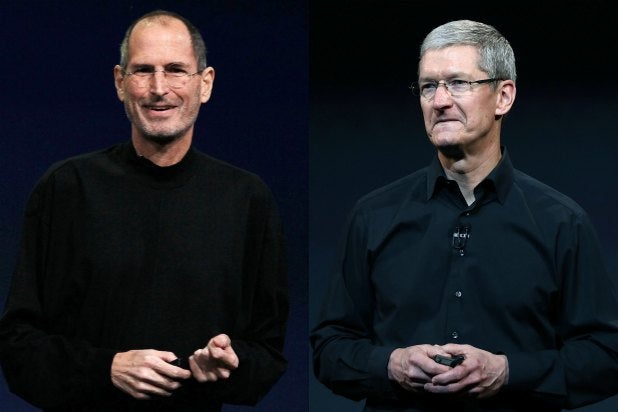 A monument erected to honor Apple founder Steve Jobs was taken down Friday after the company’s current CEO Tim Cook came out as gay. The iPhone shaped statue was constructed outside of a St. Petersburg college in January 2013 by a Russian group called ZEFS, according to a Washington Post report.

See photos: 26 Out and Proud Stars

The memorial was said to be violating the country’s “gay propaganda” laws, according to a statement put out by ZEFS on Monday. See the photo below of the monument allegedly being removed.

“In Russia, gay propaganda and other sexual perversions among minors are prohibited by law,” the statement said. “After Apple CEO Tim Cook publicly called for sodomy, the monument was taken down to abide to the Russian federal law protecting children from information promoting denial of traditional family values.”

The monument was installed just over a year after Jobs’ death. At the time it was erected, an organization called the “Communists of St. Petersburg and the Leningrad Region” complained that the memorial was too phallic, that the structure inappropriately “symbolizes the superiority of the American way of life,” and that Jobs’ face would scare children.