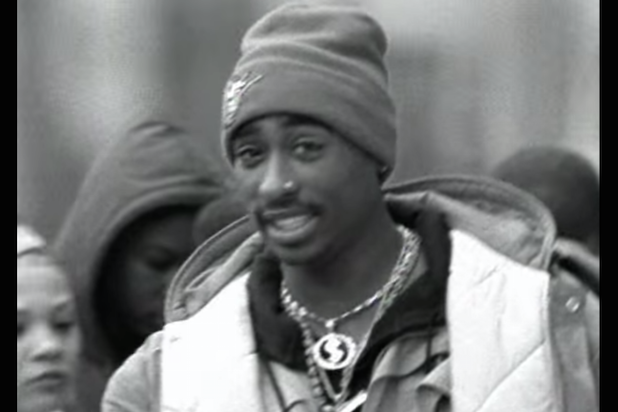 The authorized account of the late rapper’s life will be produced by Nigel Sinclair’s White Horse Pictures and Jayson Jackson (“What Happened, Miss Simone?”). Nicholas Ferrall will also produce alongside Whalley.

Shakur, who has sold 75 million albums worldwide, died September 13, 1996, six days after being shot multiple times in a drive-by shooting in Las Vegas.

“I am extremely moved and excited to be exploring the life and times of this legendary artist,” the director of Oscar winner “12 Years a Slave” said in a statement. “I attended NYU film school in 1993 and can remember the unfolding hip-hop world and mine overlapping with Tupac’s through a mutual friend in a small way. Few, if any shined brighter than Tupac Shakur. I look forward to working closely with his family to tell the unvarnished story of this talented man.”

“I am happy to see this project come to life. This was something that my nephew (Tupac) was very passionate about creating in 1996, and my sister (Afeni) since before her passing this last May. It has been a long journey to get here,” added Cox. “I feel like we have a team she (Afeni) would be very pleased with. It has never been our intention to rewrite the story of Tupac. Our goal has always been to tell the true story, which has never been done before in such a complete way. My sister always said to me, ‘We are not in the business of defending Tupac. Our job is to allow him to be seen in the most complete way, so his actions, his choices, and his words will allow him to speak for himself.’  I believe this film will do exactly that.”

Also Read: Director Steve McQueen on Oscars Diversity Outrage: 'Real Issue Is the Movies Being Made'

The documentary will be fully financed and distributed by Amaru Entertainment.