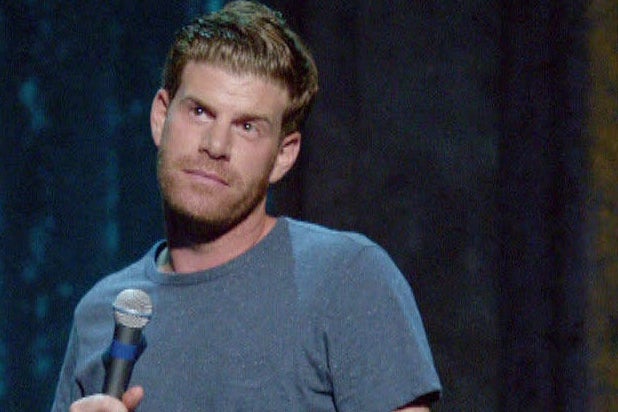 Comedian Stephen Rannazzisi’s lie about escaping from the World Trade Center on 9/11 has Comedy Central reconsidering whether or not to air his stand-up special this Saturday as scheduled.

“We just learned about this last night,” a Comedy Central spokesperson told TheWrap Wednesday. “We are very disappointed to hear about Steve’s misrepresentations and are currently determining how we will move forward.”

Rannazzisi, who co-stars on FX’s “The League,” has for years maintained a fib about being in one of the fallen World Trade Center towers 14 years ago. He claimed he worked for Merrill Lynch at the time and had to escape from the 54th floor of the south tower. Rannazzisi had cited the terrorist act as his motivation to move to Los Angeles and pursue comedy. In reality, Rannazzisi didn’t work for Merrill Lynch and was in midtown Manhattan, miles from the site of the attacks.

The actor’s stand-up special, “Breaking Dad,” is still technically scheduled for Sept. 19 at 11 p.m. ET. We’ll find out soon enough if it will actually run.

For its part, Rannazzisi’s FX home has not responded to TheWrap’s request for comment on the controversy.

Watch a clips from Rannazzisi’s special below: