Steven Seagal is jumping in with a new crowd. According to Reuters, the actor and martial artist has joined a Russian pro-Kremlin party.

The political alliance known as A Just Russia – Patriots – For Truth extended a membership invitation to Seagal on Saturday, releasing a video of his induction. The group was formed earlier this year and is an amalgamation of three leftist parties in Russia, all of which support the country’s president, Vladimir Putin.

Though Seagal himself was born in Michigan, he was granted Russian citizenship by Putin in 2016. 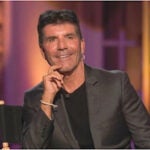 In his welcome speech to the party, Seagal called for harsher penalties for Russian businesses that harm the environment.

“Without being able to arrest people, when we just fine them, they are probably making more money of the production of the things that are defiling the environment,” Seagal said, according to Reuters.

A Just Russia – Patriots – For Truth controls a faction in the lower house of the Russian parliament and plans to take part in a parliamentary election in September.

This isn’t the first time Seagal has jumped into political matters. In 2018, the actor was tasked by Russia with improving humanitarian ties with the United States. He also traveled to Venezuela earlier this year as a Russian representative, meeting with the Venezuelan president.

See the video from Seagal’s induction ceremony below, via Reuters.