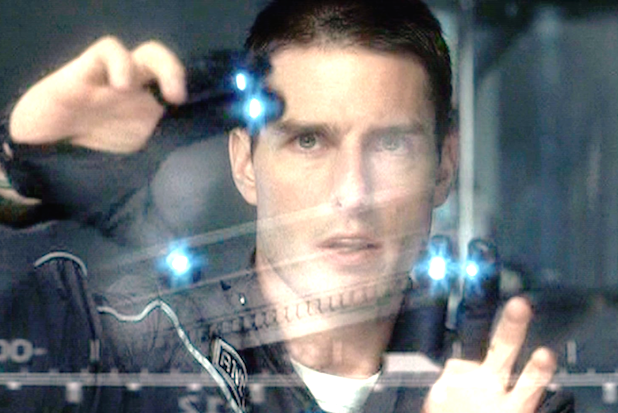 Steven Spielberg is developing a TV series based on his 2002 hit sci-fi movie “Minority Report” that will be written by “Godzilla” scribe Max Borenstein and produced by Amblin Television, an individual familiar with the project has told TheWrap.

A spokesperson for Amblin Television deferred inquiries to a representative for Spielberg, who like Borenstein’s representatives, did not respond to multiple requests for comment.

Based on a futuristic story by Philip K. Dick, “Minority Report” starred Tom Cruise as the head of “PreCrime,” a special police unit that uses three psychics (i.e. “precogs”) to identify and arrest murderers before they commit their crimes. The protagonist is forced to go on the run when he’s accused of a future murder himself.

A weekly series will likely focus on the elite PreCrime unit, with Spielberg expected to target a name actor for the lead, just as he did with Halle Berry on CBS’ sci-fi series “Extant.”

At least one current TV show seems to have drawn inspiration from “Minority Report,” as CBS’ “Person of Interest,” from J.J. Abrams and Jonah Nolan, follows an ex-CIA hitman and a scientist who team up to prevent crimes before they happen. The show has performed well, indicating there may be more interest in the subject matter.

Spielberg is currently prepping an untitled Cold War thriller starring Tom Hanks and will segue to an adaptation of Roald Dahl’s “The BFG” after that, though he is expected to be closely involved in the development of the “Minority Report” TV series. In addition to “Extant,” Spielberg is also an executive producer on Fox’s upcoming Octavia Spencer series “Red Band Society.”

Borenstein’s modern update of “Godzilla,” directed by Gareth Edwards and produced by Legendary, has grossed more than $500 million worldwide and led to development of a sequel that will stomp into theaters on June 8, 2018.