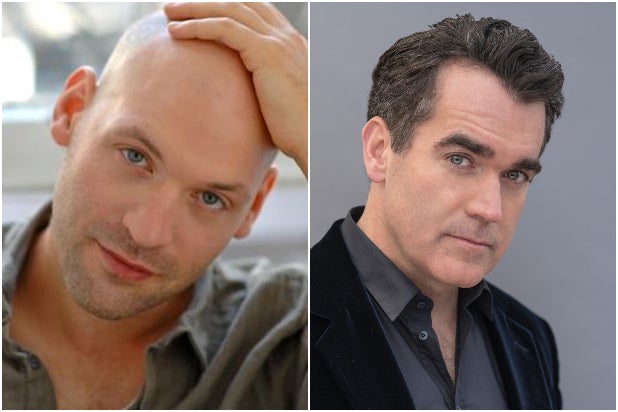 Corey Stoll and Brian d’Arcy James have joined the cast of Steven Spielberg’s remake of the musical “West Side Story,” with d’Arcy James playing Sgt. Krupke, aka Officer Krupke, Fox announced on Tuesday

In “West Side Story,” Stoll plays the New York City detective charged with quelling civic unrest in his racially-torn precinct, and dʼArcy James is the veteran cop whose beat includes the territories of the two warring street gangs, the Sharks and the Jets.

Stoll played Buzz Aldrin in “First Man,” and he recently had lead roles in “Othello” and “Julius Caesar” on stage.

DʼArcy James starred as King George in the original run of “Hamilton” at The Public Theater, and his film credits include “Spotlight” and the upcoming “X-Men: Dark Phoenix” and “The Kitchen.”

“West Side Story” will be produced and directed by Spielberg from a script by Tony Kushner. The film will be adapted for the screen from the original 1957 Broadway musical, which was written by Arthur Laurents with music by Leonard Bernstein, lyrics by Stephen Sondheim and concept, direction and choreography by Jerome Robbins.

“West Side Story” will be released by Twentieth Century Fox. Filming is slated to start in the summer of 2019. Additional casting announcements will be made in the coming weeks.