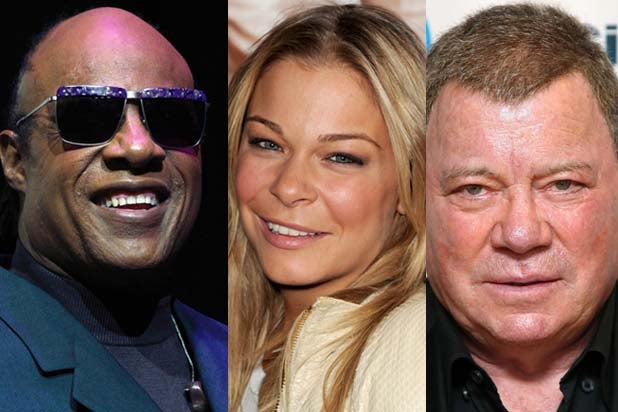 As Hollywood gears up for the holiday season, organizers of the annual Hollywood Christmas Parade unveiled plans for a bigger and better celebration this year that will feature musical performances from Stevie Wonder, LeAnn Rimes and William Shatner.

Bill Ray Cyrus, the Goo Goo Dolls, Daughtry, Kenny Loggins, The McClain Sisters, Richie Sambora and Olate Dogs, as well as Ace Young and Diana DeGarmo are also scheduled to take the stage on Dec. 1 for the event which will later be broadcast on a number of television stations throughout December.

The marching bands, giant balloons, classic cars, equestrian groups and other participants will begin their  route on Hollywood Boulevard at Orange Drive, travel east to Vine Street, south on Vine to Sunset Boulevard and west on Sunset, back to Orange.