This review of “Stillwater” was first published after its premiere at the 2020 Cannes Film Festival.

Four years after actor-writer-director Tom McCarthy rebounded from the dismal critical reception of “The Cobbler” to Oscar glory with “Spotlight,” he finally stepped back behind the camera, following up his acclaimed journalism drama with… “Timmy Failure: Mistakes Were Made,” a family comedy that premiered on Disney+ last year that you almost certainly didn’t see.

And for his follow-up to that film, the man with the least predictable career in Hollywood came up with “Stillwater,” a genre-agnostic semi-thriller that was greeted with cheers and applause at its well-received Cannes Film Festival premiere in early July.

Neatly mirroring its director’s style and signature, “Stillwater” is nigh impossible to pin down, taking the broad contours of a stoic-dad-who’ll-stop-at-nothing-to save-his-daughter thriller and subverting them, filling them with so much texture, humor and emotional attention that the film ends up more closely resembling “Jerry Maguire” than it does “Taken.” 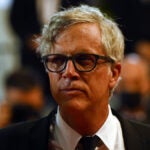 Matt Damon leads the way as Bill Baker, a no-nonsense, God-fearing Oklahoma roughneck, a man so damn All American that when he rolls up his sleeve to get working you’ll notice the bald eagle he has tattooed on his arm. We open on Bill in a hard-hat and work boots, cleaning up the wreckage of a tornado — an act he’s had to do in his personal life time and time again. “He’s a f—up,” daughter Allison (Abigail Breslin) says of him. “And he always will be.”

Of course, Allison isn’t doing too great either, as she’s been arrested and charged with a murder in a case very clearly based on that of Amanda Knox — only in this case the victim was more than just a roommate, but an unfaithful girlfriend. Though motive and circumstance points to her, Allison proclaims her innocence, which means it’s time for daddy to get on a plane to France — Marseille, here — to save his daughter.

Like Liam Neeson’s heroic dad, Damon’s Bill also has a very particular set of skills, only for Bill they mostly consist of carpentry and general home maintenance, while neither sleuthing nor language proficiency figure among them. And soon enough, he ropes in single-mom Virginie (Camille Cottin, of “Call My Agent”) to act as translator and guide.

One signal of McCarthy’s different set of priorities: By the time the character arrives in France early in the film, his daughter has already been locked up for five years. Indeed, what incites Bill’s manhunt is not his daughter’s arrest, but a letter she writes a half-decade later begging a local judge to intervene because her dad’s not up to the task.

From there we’re off to races for this uncommonly languid thriller, which follows a well-trodden path while taking plenty of detours along the way. The film’s two sets of screenwriters should clue you in to some of its preoccupations. Credits go to Americans Tom McCarthy and Marcus Hinchey alongside the French duo Noé Debré and Thomas Bidegain, who have written alongside Jacques Audiard for the past decade.

As with that Audiard output, “Stillwater” takes a thriller form and roots it with a deep sense of context and place. For Damon’s American roughneck and for the viewer, the film is a tour through the many social, racial and political strata of Marseille. Was Allison’s case sensationalized because she was in a queer relationship? Of course. Was the case even more scandalous because the victim was working class and Arab while the equally working class Allison was also white and American, thus read as rich? Mais oui!

While the script gets more than a few laughs out of Bill’s fish-out-water discomfort, neither he nor the locals stay the butt of the joke. Benefiting from two screenwriters with a firm understanding of French culture, “Stillwater” recognizes that Damon’s all-American aura is quite an asset in his pursuit; if anything the high culture, Paris-transplant Virginie draws more ire in the projects.

When Bill’s pursuit hits a dead end, he extends his stay indefinitely; and as he stays longer in Marseille the film itself becomes, for lack of a better term, more French, putting the larger narrative on pause to take a 40-minute smoke break where it amiably reflects on paternal and romantic ties.

Damon’s American eventually moves into the Frenchwoman’s apartment, life and then bed, but their relationship is an almost casual outgrowth of the film’s true central bond: between Bill and Virginie’s 9-year-old daughter, Maya (Lilou Siauvaud, who received the longest and most passionate applause at the Cannes premiere). Bracketed by genre on both ends, the middle third of this 140-minute film becomes a gentle tale about a misfit finding in a platonic relationship a kind of second chance in life. In other words, it becomes a certain kind of Tom McCarthy film — and then gets back to the overarching story.

The seams between these very disparate styles of filmmaking certainly show, making you wonder if this project was the result of two very different screenplays Frankensteined into one. Still, McCarthy should be applauded for his audacity in even attempting the fusion. And boy, did that Cannes audience applaud. 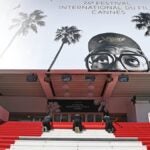