Details are sparse, but a law enforcement source told TMZ that on April 30, Passante was hanging out with friends at an Orange County bar when Schulz arrived. A heated argument between the exes ensued, peaking when Passante told him to leave. He did not. According to TMZ, he began yelling and allegedly shoved her twice.

Police were called to the scene and filed a report, but by the time they arrived, Schulz had left. The TMZ source said that officers questioned Schulz a few days later; he denied claims that he touched her.

TheWrap has reached out to Schulz and Passante for comment but they didn’t immediately respond. A “Storage Wars” spokesperson from A+E said they both are on the current season, but now they bid independently. 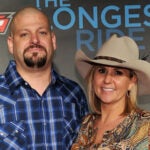 The duo known as “the young guns” on the show has been a favorite of “Storage Wars” fans because of their saucy but playful rapport. They’ve appeared on all 12 seasons, but on the Season 13 premiere, Passante mentioned they had split.

“I’m not with Jarrod anymore,” Passante said on the April 20, 2021 episode. She also mentioned that she had broken up with Schulz after they completed filming the 12th season, which premiered in November 2018.

Although they frequently identified as husband and wife on the show, they never married. The couple has two children, Cameron and Payton. 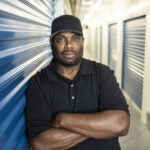