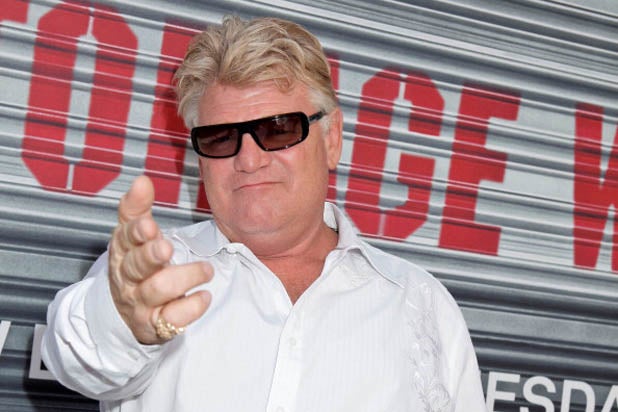 Dan Dotson, the auctioneer from A&E’s “Storage Wars,” is recovering from surgery to treat a brain aneurysm after collapsing in his home Monday.

His wife and co-star, Laura Dotson, told TMZ that he woke up in the early morning Monday asking strange questions and later complained of double vision and not feeling right. He collapsed shortly after getting out of the shower.

Dotson called 911 and was instructed to perform emergency CPR.

The reality show star was rushed to a Palm Springs hospital where he has since undergone surgery. Thursday night, Laura Dotson tweeted, “Thank you for all the love & prayers! Danny made it through a difficult surgery! Now on the road to recovery!”

“Our thoughts are with Dan, Laura and their family,” A&E said in a statement. “Everyone at A+E Networks wishes Dan a speedy recovery.”