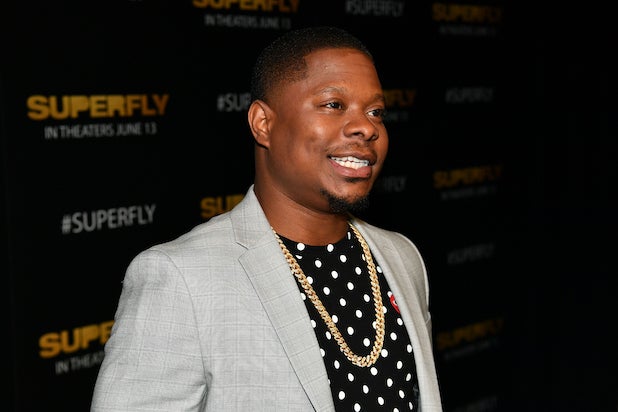 The actor, who played Eazy-E in the 2015 N.W.A biopic, is facing two felony charges for possession of a controlled substance with intent to distribute, as well as two more felony charges for possession of a weapon by a felon, including a Glock19 and a Mini Draco. According to local paper Sun Herald, Harrison County Sheriff Troy Peterson said in a press release that a background check upon Mitchell’s arrest showed he had a previous felony conviction.

Mitchell was released from Harrison County Jail later on Wednesday, according to authorities.

While Mitchell’s reps have not yet responded to TheWrap’s request for comment, a spokesperson for the actor told TMZ, “Jason is at home with his family right now, working on an amazing new project. News stories move fast and oftentimes without all of the facts. This misunderstanding will be resolved shortly. We trust that the court systems blind justice will protect Jason’s rights and allow him to tell his story.”

Authorities in Harrison County, Mississippi, did not immediately respond to a request for comment. But local police told TMZ that Mitchell was found with two pounds of marijuana and 1,300 doses of MDMA in his possession when he was stopped at a traffic light.

According to Mississippi law, it’s a felony to sell more than 30 grams of marijuana, punishable by one to three years in prison. Mitchell could face four to 16 years for attempting to sell two pounds, or 900 grams, of marijuana.

On the weapons charges, it’s unclear what prior felony convictions Mitchell has on his record.

Mitchell’s other recent credits include “Zola,” “The Mustang,” “Tyrel,” “Mudbound,” “Detroit” and “Kong: Skull Island.” He is currently in preproduction on “The Scarecrow Bandits,” on which he also serves a producer.

Mitchell is represented by TCA Mgmt and The Glenn Toby Film Company.