Matthew Modine hinted at a possible return to “Stranger Things” for Season 2 on Instagram on Tuesday.

The post has fans speculating that Modine, who played the villainous Dr. Martin Brenner in Season 1, could return for another outing. Up until Tuesday, Modine had not been expected to return, given that his character appeared to have died at the end of the season. But, as many fans have noted, his death was only presumed and was not fully confirmed onscreen.

Brenner could very well be alive, as fans have pointed to another clue: a newspaper clipping spotted after the doctor’s death in the final episode. (See it below). It appears at the Hawkins Police Station and says that Dr. Brenner issued no comment over allegations that Joyce Byers’ (Winona Ryder) son’s disappearance was part of a top-secret experiment gone awry at the Hawkins National Lab (h/t Heroic Hollywood). 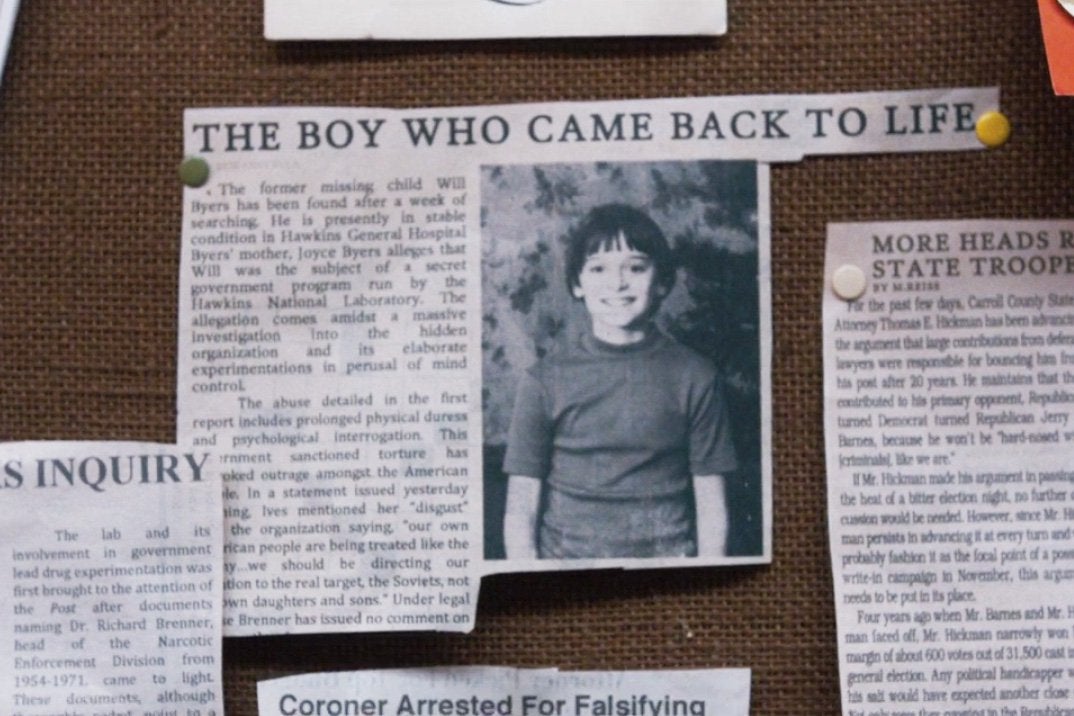 Little has been revealed about the ’80s throwback sci-fi series’ second season aside from a short teaser that debuted during the Super Bowl.