Episode 8 of “Stranger Things” Season 4 introduced another 1980s musical gem into the show, a dark, eerie remix of Journey’s 1983 hit “Separate Ways (Worlds Apart)” that’s so good it made us re-watch the scene it was introduced in just to hear it again. If you feel the same way, you can listen to the track right now.

The track plays in the final scene of the episode, as Max (Sadie Sink), Lucas (Caleb McLaughlin), and Erica (Priah Ferguson) exit the gang’s stolen Winnebago and head up to the “Murder House” to get things set up for their plan to kill Vecna.

The “Steve Perry & Bryce Miller Extended Remix” of the song, along with the “Bryce Miller/Alloy Tracks Remix” are the most popular tracks from the “Stranger Things 4” soundtrack on iTunes right now. Both are available to buy from iTunes for $1.29.

The original version of the song made it back onto the charts in April when it was featured in the first teaser trailer for Season 4. The song landed on Billboard‘s Rock Digital Song Sales chart at the time, surging 208% over the previous week.

Whether the original “Separate Ways” or the new remixes can outdo the remarkable comeback of Kate Bush’s “Running Up That Hill,” which hit #1 for the first time ever, remains to be seen. Bush’s 1985 song, which is Max (Sadie Sink)’s literal lifeline in her faceoff with Vecna, is still at #2 on iTunes’ Top Songs as of Saturday. 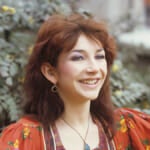 The soundtrack for Season 4 currently sits at #5 on iTunes’ Top Albums chart. It also features “Dream a Little Dream of Me” by Louis Armstrong and Ella Fitzgerald and, of course, Metallica’s “Master of Puppets,” which became Eddie Munson (Joseph Quinn)’s most metal moment ever.

“Separate Ways” hit #8 on the Billboard Hot 100 and #1 on the mainstream rock chart when it was originally released in March 1983. The video features the original band members, including Perry, air-playing their instruments with epic commitment. 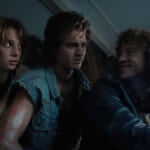