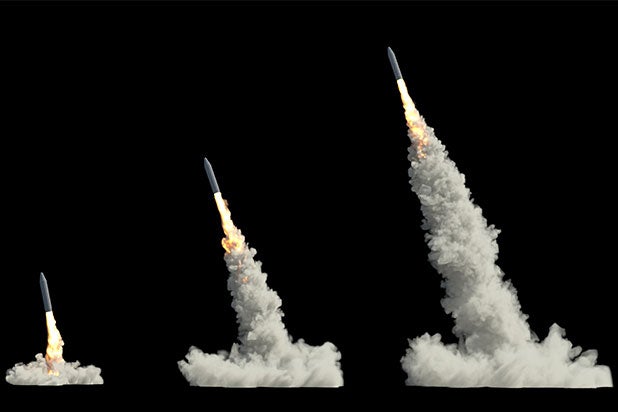 Last week, we discussed and how this new ecosystem enables content owners to keep more of the consumer dollar than is possible in the traditional ecosystem. Today’s post explains the possible fates that await OTT TV platforms.

The buzz surrounding OTT TV platforms has certainly been loudest in the last two to three years, but the format has been around for substantially longer — since MLB.tv launched in 2002. The figure below shows some of the higher-profile launches. 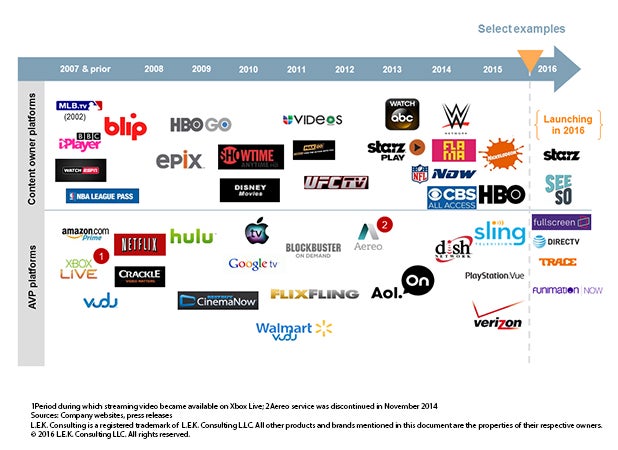 As you can see, there are two primary groups that launch OTT services: (1) content owners/licensors (e.g., NBA, HBO) and (2) platforms (e.g., Netflix, Hulu). Interestingly, although content owners/licensors were a little slower to the OTT TV game, they are responsible for the majority of recent launches. Netflix, Hulu, Crackle, Apple, etc., are already well established, and they’re bolstered by massive budgets for content. So new, large platforms will find it increasingly difficult to make much headway in this space.

The successes of some of these businesses is enough to make anybody’s head spin. Consider the following:

But as the figure below shows, not every story has a happy ending. Some fail, some try to rebrand and reboot, and some suffer an indeterminate future. 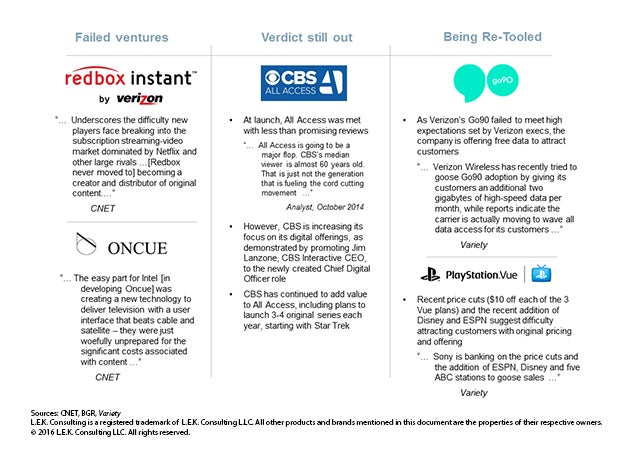 Despite the failures, reboots and uncertain futures, more OTT TV platforms will enter the market. However, evaluating the right way to participate will be critical for aspiring content owners/licensors/platforms.

In our next posts, we will discuss these competitive dynamics and some of the dos and don’ts of new launches.

This is Part 2 in a series on over-the-top (OTT) trends by Dan Schechter, Gil Moran and Francesco Di Ianni from L.E.K. Consulting’s Media & Entertainment consulting practice.