As the vice president candidates sparred in Virginia, the whole of “#TeamInternet” bonded at the Beverly Hilton in California for a brisk 14 award, 101-minute show (expedited by abrupt victory speech cut-offs) that was capped by a surprise performance by Biz Markie singing “Just a Friend.” 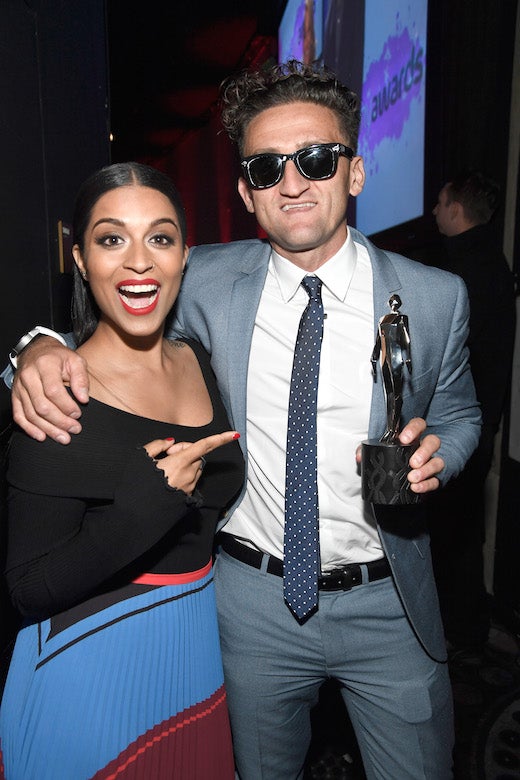 “If you take all the creators that are in this room tonight and add up all their views, you get 62 billion views,” host King Bach noted in his monologue.

Also Read: How Do the Streamy Awards Work? A Short Explainer

All but the top two awards were decided by a voting body of approximately 500 executives, producers and creators and professional peers in the online video industry. 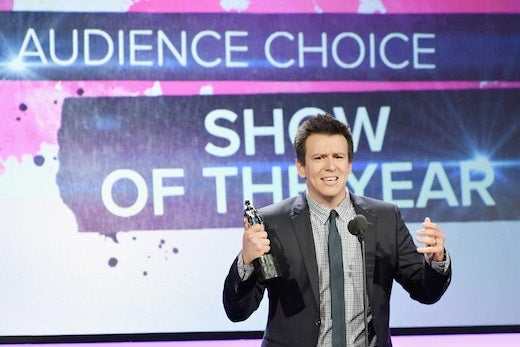 Philip DeFranco accepting the Audience Award for “Show of the Year”.

“Beautiful bastards, you are my home,” DeFranco said, dropping his nickname for his fans, while accepting the award presented by Grace Helbig and Tyler Oakley. He joins 30 winners that were announced earlier at the Nominees Reception on Oct. 1.

Vitaly Zdorovetskiy, the YouTube prankster who has crashed the World Cup and NBA Finals — not the same person as Vitalii Seduik who picked up Gigi Hadid and tried to kiss Kim Kardashian‘s butt — crashed the stage before the final award of the night and hijacked the microphone as Jenna Marbles and Flula Borg began to present the award that would go to Erakat.

“I feel like Taylor Swift,” Borg joked, getting a better reaction than the unscripted stunt. 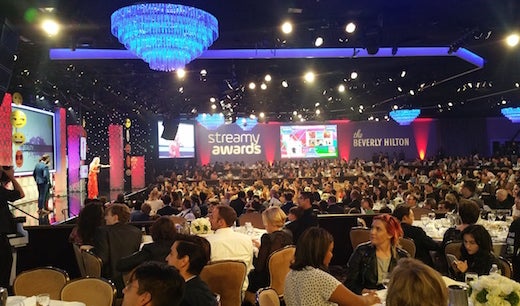 Inside the International Ballroom at the Streamys. (Mikey Glazer)

A comedy highlight of the night was musical sketch artist Jon Cozart’s teardown of the shortcomings of all the social networks. It had both fans on social media and industry experts in the room asking, “Who is that guy?”.

Here’s the full list of winners from the main event with links to the works:

ENTERTAINER OF THE YEAR

SHOW OF THE YEAR