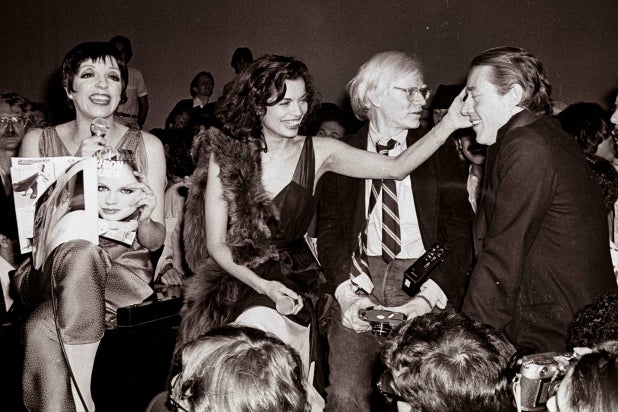 The nightclub Studio 54 sought to be a disco paradise in the 1970s, a utopia made up of sex, drugs, dancing, and celebrity display. Many gay men of a certain age in Manhattan still claim to have been one of the shirtless waiters in tight shorts at Studio 54, and like so much else about that club, these claims are hard to verify.

Documentarian Matt Tyrnauer (“Scotty and the Secret History of Hollywood”) sits down with the two surviving co-owners of the club, Ian Schrager and Jack Dushey (the latter functioned as a silent partner), and tries to get them to reveal the tale behind its rise and fall, but this often proves difficult for him. Steve Rubell, the exuberant public face of Studio 54, died of AIDS-related complications in 1989, and so he isn’t around to tell his part of the story. The feeling persists in “Studio 54” that we are very far from hearing what really happened there.

Tyrnauer centers his movie around interviews with Schrager, who is a very guarded guy. It comes out mid-way through the film that Schrager’s father was an associate of gangster Meyer Lansky who was nicknamed “Max the Jew,” and Schrager is cagy about how much he wants to reveal about himself and his background to Tyrnauer. The heterosexual Schrager was best friends from college on with Rubell, a gay guy who was closeted when he needed to be. At Rubell’s funeral, we are told that Rubell’s mother asked, “Why didn’t Steve ever get married?”

It was Rubell’s mother who did the bookkeeping for Studio 54, which self-destructed around three years after its flashy opening in 1977 when Feds discovered enormous amounts of money and some drugs hidden on the premises. As one federal agent says here, if you’re going to skim money off the top, you should do 10 percent, whereas the owners of Studio 54 were skimming closer to 80 percent. This thievery was so blatant that the word “skim” was actually found on their balance sheets.

“Studio 54” emphasizes the long and painful legal downfall of the club rather than the spirit of fun that it was advertising. We see only glimpses of celebrated hedonistic images like Bianca Jagger on a horse at the club on her birthday, and black-and-white stills mixed with some grainy color footage can only give us a suggestion of what Studio 54 was like.

Schrager says they wanted to make the “ultimate nightclub” and “dent the universe,” and they did manage to do that. One of the former workers at Studio 54 says that Mick Jagger and Keith Richards didn’t have to pay to get in but the other Rolling Stones did. This was symptomatic of the hierarchy of the club, which bred resentment for all the people who were denied entry and forced to stare like “one of the damned trying to get into paradise,” as writer Anthony Haden-Guest puts it here.

We get the expected photos of Liza Minnelli and fashion designer Halston, and there’s a tantalizing shot of Minnelli dirty dancing with Mikhail Baryshnikov that is one of the few images in “Studio 54” that really catches the flavor of this milieu. Even old-time stars like Cary Grant and (surprisingly) Ginger Rogers are seen wanting to get a feel, so to speak, for what all the fuss was about.

It seems clear that the focus of “Studio 54” should have been on the unusual and very close relationship between Rubell and Schrager — who eventually went to prison together and remained so close after their release that they purchased a joint vacation home — but there are many unanswered questions here. Did Rubell ever express romantic feelings for Schrager at any point through the years? (After all, this was a very druggy “anything goes” period.) Was their relationship platonic from both sides, or just from Schrager’s side?

Also Read: Starz Acquires Matt Tyrnauer's 'Scotty and the Secret History of Hollywood' and 8 Other Docs

Maybe Tyrnauer did ask these questions but was unable to get satisfactory answers from Schrager, who does eventually confirm that both he and Rubell were stoolies in prison, ratting out other nightclub owners for skimming off the top as they did.

The most emotional moment in “Studio 54” comes when Schrager says that his father would not have been pleased that they incriminated others in order to get out of prison early. He and Rubell both went against the code of “honor among thieves,” but we don’t know if Rubell himself was as aware of this as Schrager is.

“Studio 54” is a case of a documentary attempting to tell a story that obviously cannot be fully or satisfyingly told at this juncture. As such, it has value only insofar as it suggests how much that era cannot quite be re-captured.

Check out The Party Report’s other festival winners, from Marshmello to Illenium

Over 250 producers and DJs played the Electric Daisy Carnival (EDC) outside of Las Vegas this weekend, which included the debut of a new supergroup "Silk City" -- Mark Ronson and Diplo's forthcoming disco project, which will have an album and tour.  They are the first of nine winners walking away from EDC Las Vegas with a "bounce."